Were you looking for Anti-Coagulation Medication or Pradaxa (bleeding deaths) or Xarelto Blood Thinner Side Effects lawsuits?

Send your Eliquis claim to a lawyer who will review your claim at NO COST or obligation.
GET LEGAL HELP NOW

Eliquis and other Anti-Coagulant Side Effects 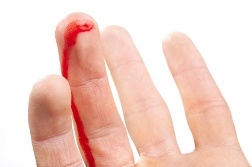 Injuries alleged to be associated with Eliquis include:

Lawsuits have been filed against the makers of other blood thinners such as Xarelto and Pradaxa, alleging patients were harmed by the use of the medications. The lawsuits claim that the makers of the drugs did not adequately warn patients about the risks associated with using the medications. In May 2014, Boehringer Ingelheim, maker of Pradaxa, agreed to pay around $650 million to settle approximately 4,000 Pradaxa lawsuits.

If you or a loved one has suffered similar damages or injuries from Eliquis, please click the link below and your complaint will be sent to a lawyer who may evaluate your claim at no cost or obligation.
Please click here for a free evaluation of your Eliquis claim
Last updated on Feb-23-15

Manhattan, NY: A new study that appears to deflect some heat away from Eliquis bleeding risks, combines with a previous court decision by a federal judge back in May to intensify the challenge involved in bringing a successful Eliquis lawsuit.READ MORE
As Eliquis Lawsuits Fall, New Study Heightens Bleeding Risk in Eliquis Class

Manhattan, NY: A new study released earlier this month suggests that blood thinners in the non-vitamin K oral anticoagulant class, or NOACs, could see heightened risk of bleeding when the blood thinners are taken in combination with certain drugs. Amongst the drugs in the so-called NOAC class is Eliquis, a new-age blood thinner that has been the subject of many an Eliquis lawsuit alleging unnecessary bleeding risk.READ MORE
Eliquis Lawsuit Alleges Wrongful Death, Product Misrepresentation

New York, NY: Raymond Warme, according to a recent Eliquis lawsuit, was prescribed the new-age blood thinner apixaban for atrial fibrillation. That was in April, 2014. Litigation brought on his behalf by his daughter and partner claim that Warme began to experience gastrointestinal bleeding within two months of starting on the drug. He would not survive.READ MORE

Thank you for any information you can provide.

Posted by
Jon Satala
on September 30, 2015
My dad has been on Eliquis for several weeks since his heart surgery in October 2015. He was recovering well until he began taking Eliquis. It has made him very fatigued and his his hemoglobin has been dropping steadily (now at "8"). Doctors act like they have no idea why this is happening. They gave 2 guesses; that he had some internal bleeding, or that it was an effect from the trauma of his surgery in October. He asked to be put back on Plavix, which had worked well for him. Doc's reply was 'no'. I am really upset. Not to mention the fact that there is no anticdote, as there is for Warfarin.
Posted by
Henry Redders
on September 11, 2015
My wife was put on Eliquist at the end of January 2015.She had all blood work done and everything was perfect the end of January then she broke out in a rash then hives and turned yellow to the skin and white of her eyes.This all happened the first week of june 2015.Her Bioduct has a tumor she is at stage one pancreas cancer.Our Family Dr took her of the drug Eliquist.She has been thru 4 chemo treatments at 52 hrs. per treatment.They are looking to do the Whipple Surgery.We could talk all day But I will end it here Because this is some horrible crapp we are going thru. Thanks for your time.
Posted by
Corrine Carlisle
on September 7, 2015
My grandmother has just died of a heart attack in which we knew she had a heart murmur. how ever there where very strange symptoms that occurred with this event and was wondering if there was anyway that because of the medication it made the heat attack work or if the heart attack may have been cause by that?
Posted by
Arizona
on April 8, 2015
My mother had a mild stroke. She was on Eliquis and was recovering very well for the first couple of weeks. Then we could notice she was declining and fast.
We took her to the emergency room thinking she was having another stroke but found out she was anemic. They gave her 3+ pints of blood. From that day, she was never fully recovered. We ask every day and every doctor why she needed so much blood and why. They did all types of tests and the only thing they came up with was a bleeding ulcer that fixed itself. I only recently read about Eliquis and its effects, so was just wondering if the drug was the cause.

Posted by
South Carolina
on March 30, 2015
Internal bleeding from Eliquis.
Posted by
Mississippi
on March 23, 2015
My father was taking Eliquis and recently suffered a major ischemic stroke.