Raymond Warme, according to a recent Eliquis lawsuit, was prescribed the new-age blood thinner apixaban for atrial fibrillation. That was in April, 2014. Litigation brought on his behalf by his daughter and partner claim that Warme began to experience gastrointestinal bleeding within two months of starting on the drug. He would not survive. 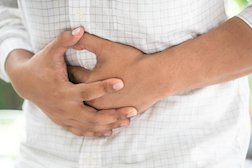 His, is not the only death attributed to the Eliquis blood thinner, according to the Eliquis side effects lawsuit. Plaintiffs Dawn Dunn and Orla Troy claim that 100 deaths and in excess of 1,000 reports of adverse events related to apixaban were reported to the US Food and Drug Administration (FDA) during the year that Warme was prescribed Eliquis, in 2014. The following year, according to the lawsuit, the number of reported adverse events had risen to 6,000 by 2015.

The anticoagulant is manufactured and marketed by Bristol-Myers Squibb Co. (BMS) and Pfizer Inc. Plaintiffs in the recent Eliquis injury lawsuit assert that misrepresentations on the part of manufacturers began prior to 2012, when the ARISTOTLE clinical trial – which the plaintiffs assert was based in China – was conducted. Plaintiffs assert that defendants concealed problems encountered during the trial, including various dispensing errors, trial participants dropping out of ARISTOTLE, and a death that is alleged to have gone unreported, according to the lawsuit.

Plaintiffs in the Eliquis lawsuit also assert that the FDA took the manufacturers to task for “a pattern of inadequate supervision” related to the clinical trial, noting that data associated with the clinical trial was missing. It was also alleged by plaintiffs that there were quality-control issues with the trial that the FDA, according to the plaintiffs, felt should have been reflected in product labelling.

An expert paper alleged to have been submitted to a professional medical publication by employees of the manufacturers was found by editors to be inaccurate, and also containing various omission, according to the plaintiffs.

Finally, the plaintiffs assert that the product label for apixaban (Eliquis) did not have a proper warning noting the lack of a method to reverse an Eliquis bleeding event, whereas comparable drugs could be reversed.

Plaintiffs would have been referring to Coumadin (warfarin), a much older blood thinner that can be reversed with an infusion of Vitamin K. It should be noted that in the published product label for apixaban, Coumadin is identified as a registered trademark of Bristol-Meyers Squibb.

It should also be noted that the product label for Eliquis – updated December, 2012 – contains the following information with regard to the potential for Eliquis bleeding events, under Section 5.2 subhead: Bleeding, paragraph four:

More ELIQUIS News
“There is no established way to reverse the anticoagulant effect of apixaban, which can be expected to persist for about 24 hours after the last dose, i.e., for about two half-lives. A specific antidote for ELIQUIS [sic] is not available.”

The Eliquis blood thinner lawsuit brought by Dunn and Troy is nonetheless aggressive in their claims. “Defendants overstated the efficacy of Eliquis with respect to preventing stroke and systemic embolism, failed to adequately disclose to patients that there is no drug, agent, or means to reverse the anti-coagulation effects of Eliquis, and that such irreversibility would have life-threatening and fatal consequences,” the suit says.

BMS and Pfizer characterize the Eliquis injury lawsuit as being without merit.