While the number of Eliquis side effects lawsuits continue to number at about 100, that number is expected to continue climbing as the Eliquis blood thinner continues to pose a risk to patients for injury, and in some cases death. Those are amongst the allegations in several lawsuits concerning the blood thinner approved by the US Food and Drug Administration (FDA) in 2012 that was allowed into the market without available means to reliably stop a serious bleeding event. 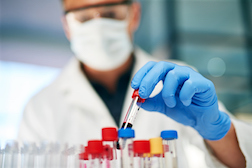 There have been a host of new-age blood thinners introduced to the market within the last decade aimed at providing an alternative to warfarin (Coumadin), a reliable but high-maintenance blood thinner employed for the last fifty years but requiring intensive and active monitoring in order to maintain a reliable safety zone of optimum anti-coagulation for prevention of stroke and blood clot, without tipping the scales towards higher risk of serious hemorrhages or bleeding events.

Should a serious bleeding event occur with the Eliquis blood thinner, doctors have fewer options for stemming the hemorrhage given that the Eliquis anticoagulant – like others before it – was allowed into the market without an available antidote. In contrast, the anticoagulation properties of Coumadin (warfarin), can be effectively reversed with an infusion of Vitamin K. Eliquis (apixaban), akin to other latter-generation blood thinners, does not respond to Vitamin K. Plaintiffs in Eliquis injury lawsuits have claimed surprise over the lack of an antidote, and assert the manufacturers of Eliquis – Pfizer Inc. and Bristol-Myers Squibb – were negligent in claiming their product required less-stringent monitoring.

There remains, at the least about an equal number of cases filed at the state level in California. To that end, The Judicial Panel on Multidistrict Litigation is considering a further consolidation of state cases, at a venue to be determined later this spring.

More ELIQUIS News
With the wave of post-war Baby Boomers continuing to age, the demand for blood thinners is expected to rise given the breadth and depth of this particular demographic and the continuing need to protect against stroke, blood clots and other cardiovascular issues. Assuming that patients and the caregivers continue to embrace, initially, the crop of next-generation blood thinners lacking a reversing agent, it is expected lawsuits will rise in kind. Warfarin, a blood thinner used for decades, appears to be somewhat unique in its capacity to be reversed in an infusion of Vitamin K.

In comparison, the growing stock of next-generation anticoagulants has been allowed into the market without a reversing agent. The resulting shift away from a high-maintenance heritage product with an emergency exit, if you will – to lower-maintenance products without that all-important escape hatch – combines with an aging population to a perfect storm from which the only shelter comes courtesy of the courts.

Posted by
Brenda Mae Contranchis
on April 24, 2017
My father Horace J. Conranchis,pass away in January 29, 2012.He had a lot of surgery s .His main surgerys,was Because of Bad cholesterol witch in the past he had 2 open heart surgerys,carotid artery surgery.Doctors at that time gave him Many blood thinners.Which cause him to Lose blood and be hospitalized ,, to give him blood .Because he would get pale in his face with no coloring. He was hapitalize many times for him to receive blood. At one point the Doctors he was seeing gave him a tiny camera to swallow to take pictures of the inside of his body to find out where and why he was losing blood from. Which didn't seem to help him. Months before he pass away he was then again hospitalized to receive blood .He was given 3 Pints of blood ,which one of the pints,made him a allergic reaction to the blood that was given to him at that time.I am not sure of what kind of blood tinners he was taking ,but i can tell you ,that he suffered alot.