In the wake of the somewhat surprising--not to mention abrupt--end to the DES lawsuit filed by the Melnick sisters against Eli Lilly, there has been a flurry of activity from people who were exposed to the drug, and those who support them. Although the DES breast cancer lawsuit was settled for an undisclosed amount, and without Lilly admitting any responsibility, people familiar with the situation say the time is coming for Lilly to finally admit its drug causes breast cancer.
Read [ DES Daughter Caitlin McCarthy: "Maybe DES Will Finally Get its Day" ]

One can imagine the heartbreak and anger associated with taking a drug that had been on the market for 30 years and had been prescribed to millions of women, only to be later found to have a serious liability and removed from the market. Why did it take so long to get Diethylstilbestrol (DES) off the market? And why were these concerns not suspected sooner?
Read [ DES Cancer Survivor Has Battled Cancer Six Times ]

DES Daughter Caitlin McCarthy: "You Might Not Have Cancer Today, But You Could Tomorrow"

For Caitlin McCarthy, one of the many women who was exposed to DES (diethylstilbestrol) prior to birth, discovering she was suffering from DES side effects was a shock. She had no idea she had been exposed to the drug, and therefore had no idea about the link between DES and cancer, or the health risks she faced. But that shock did not stop McCarthy from lobbying to obtain an apology from the US Food and Drug Administration (FDA) for its role in the DES pregnancy tragedy.
Read [ DES Daughter Caitlin McCarthy: "You Might Not Have Cancer Today, But You Could Tomorrow" ] 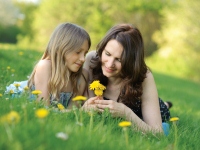 Now that studies have shown a link between diethylstilbestrol and cancer and have suggested other diethylstilbestrol side effects, all that the women who were born following a so-called DES pregnancy can do is wait and see whether or not they will be affected by their exposure to the drug. Unfortunately, they are at an increased risk of a variety of medical problems from a drug they were exposed to decades ago.
Read [ Study: DES Daughters at Increased Risk of Cancer, Fertility Problems ]

Will It Be Lights, Camera and DES Cancer Action?

The lives of people living with Diethylstilbestrol effects can be fraught with frustration, confusion and regret. And anger, knowing that a drug your mother may have been prescribed decades earlier has come back to haunt you.
Read [ Will It Be Lights, Camera and DES Cancer Action? ]

Concern over Diethylstilbestrol DES Not Confined to US

The judge in a DES lawsuit has ordered the defendants to negotiate a settlement with 53 women who filed a DES cancer lawsuit. The plaintiffs alleged that they were exposed to an increased risk of DES side effects, including breast cancer, even though they did not take the medication voluntarily. DES, diethylstilbestrol, was an anti-miscarriage drug used from the 1940s to 1970s until it was found to have serious side effects.
Read [ Settlement Looming in DES Lawsuit ]

The recently updated guidelines for cervical cancer screening might not have raised a lot of eyebrows for women who were exposed to diethylstilbestrol (DES), but the inclusion of women who are at risk of diethylstilbestrol side effects in the guidelines confirms that there is still a risk. Even now, decades after they were exposed to a DES pregnancy, these women are being urged to monitor their health for potentially serious side effects.
Read [ Women Exposed to DES Still At Risk ] 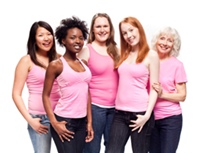 To be known as a "DES Daughter" is not quite the same as proud membership in a revered woman's group akin to the suffragette movement that promoted women's rights and feminism in Great Britain and elsewhere in the early 1900's. And yet, "suffer" is a word that can be used alongside Diethylstilbestrol DES (DES), because that's what's been happening to the daughters of women who took DES decades ago to ward against miscarriages.
Read [ Never Heard of DES Cancer? You Will… ]