The judge in a DES lawsuit has ordered the defendants to negotiate a settlement with 53 women who filed a DES cancer lawsuit. The plaintiffs alleged that they were exposed to an increased risk of DES side effects, including breast cancer, even though they did not take the medication voluntarily. DES, diethylstilbestrol, was an anti-miscarriage drug used from the 1940s to 1970s until it was found to have serious side effects. 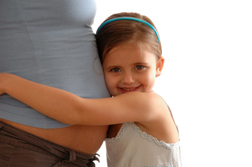 The judge in the DES lawsuit, US Magistrate Judge Marianne Bowler, ordered 14 pharmaceutical companies involved in the lawsuit to enter into negotiations to settle the lawsuit. The lawsuit was brought by 53 women, who alleged they developed breast cancer because of their mothers' use of DES (also known as diethylstilbestrol, or Stilboestrol).

The judge made her decision after expert testimony supported claims that the plaintiffs' exposure to DES prior to birth increased the risk of breast cancer. Women who were exposed to DES prior to birth are often referred to collectively as "DES Daughters." They reportedly face an increased risk of breast cancer, reproductive problems and other serious health problems, even though they did not voluntarily take the medication.

More DIETHYLSTILBESTROL (DES) News
According to information from the National Cancer Institute DES Follow-Up Study, women exposed to DES prior to birth are approximately twice as likely to develop breast cancer as women not exposed to the anti-miscarriage medication. Information reported by Time (10/6/11) indicates daughters exposed to DES before they were born had an increased risk of fertility problems, including premature delivery, ectopic pregnancy, miscarriage, stillbirth and neonatal death. They also reportedly have an increased risk of clear cell adenocarcinoma (a rare vaginal and cervical cancer) and pre-cancerous cervical changes.

As many as 10 million women may have been exposed to DES, as mothers who took the drug to prevent miscarriage, as daughters of DES users, or even as granddaughters of the women who initially took the medication. The results of settlement discussions have not been announced and are possibly ongoing.

Some women may have suffered DES side effects without realizing they had been exposed to the medication. Others may not have realized the exposure to DES was linked to such serious side effects. Even though DES has not been used to prevent miscarriage in decades, some lawsuits are ongoing.
READ ABOUT DIETHYLSTILBESTROL (DES) LAWSUITS

Posted by
Dottie Cooper Gaebelein
on June 29, 2021
my mother took DES in 1949, my sister was born January 11, 1950 and died when she was 4 days old. i never thought about a lawsuit but mom is still alive. what can i do?
Posted by
Sara M
on April 24, 2017
DES granddaughter. Been dealing with infertility issue and Cervical cancers even though I don't have the risk factors usually associated. I've talked to a couple other granddaughters who also the same issues. Can't help but think DES increased my risk.
Posted by
CAROL WAGNER
on May 2, 2016
I am a DES daughter born 07/31/1948. I was diagnosed with CLL leukemia in 2011 and in March 2016 diagnosed with breast cancer. I often wondered if my tough pregnancies were because of the DES and the leukemia and now the breast cancer. Now it all makes sense. I think the drug companies should be held liable for all the damage their DES drug did to so many people. I would like to participate in this class action lawsuit. I would assume it is still ongoing. It hurts to know that this may affect my daughter and possibly my granddaughter.
Posted by
Barbara Deaton. Steele
on August 12, 2015
I am DES daughter born 10-29-1950. I have survived cervical cancer and sterility. I have suffered from PTSD and an unnatural desire to have children. I have nightmares and for 15 years an imaginary little girl named Wendy Hope. I have had intimacy issues since my cancer surgery in October 1989 and relationship issues prior to 1989. Not being able to have children, was an issue with prospective people I wanted to have.a relationship with.I am on 3 different anxiety/anti-fepressents. The older I get, the more depressed I get. I cannot hold a baby without feeling anxious. I would like to participate in this class action lawsuit. I have no idea if I will have any more repercussions from DES so please make record of this. Thank you, Barbara. Deaton-Steele
Posted by
PAULA JEAN CARR
on September 11, 2012
I am a 52 year old woman, with four sisters. Our mother took DES in the 1950's to prevent miscarriages. My wonderful sister, who is also an RN, now has stage four breast cancer. The doctors have told her that it is "the worst cancer they have seen".

The rapid onset and progression of this breast cancer, and the extremely rapid spreading to other tissue is horrendous.

I just told my sister about this article, and I pray that she will contact someone here about her situation. "Low-end" legal counsel are skeptical, and fearful about approaching this topic. Thank God for those who have pushed forward and have had the fortitude and tenacity to seek some form of compensation for these innocent "victims" of a dangerous drug that our mothers took, unwittingly. And...Ladies, as well as men...be sure to get mammograms and do breast examinations, especially if you were born between the 1940's through the 1970's. It is IMPERATIVE, and could save your life.