A federal study found that the pregnancy drug Diethylstilbestrol has been targeted as a medication that may potentially raise cancer risks, according to ABC 9 News Syracuse. 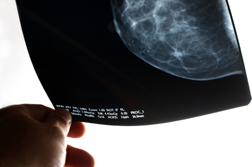 The federal study found that the drug, which was used by millions of pregnant women several decades ago to prevent miscarriage and birth complications, has put daughters at a higher risk for breast cancer and other health problems, the news source reported.

Many of these women, now over the age of 40, may not even be aware of the risks that were associated with the drug, as their mothers potentially didn't know of the side effects or neglected to tell them that they took the medication.

Debbie Wingard is one woman that may be experiencing the side effects from her mother taking the drug, according to ABC 9.

The 59-year-old San Diego resident has had breast cancer twice and has been unable to conceive.

"There's no knowing what's going to happen as we age. There's always the fear there's going to be another cancer or another outcome," she told the news source. "I don't think I'll ever get to the point where I feel it's behind me."

More DIETHYLSTILBESTROL (DES) News
The drug may not just affect women, as sons of Diethylstilbestrol users may also be at risk of potential side effects from their mother taking the medication years ago. Research points to testicular problems and cysts possibly developing in men who were exposed prenatally, according to the news outlet.

In the US alone, more than two million women and two million men are thought to have been exposed to the drug while in the womb, and may want to consult their physician about the potential side effects.

"We don't want to cause a panic of everyone rushing out thinking they're going to get cervical or breast cancer. They just need to have that conversation with their physician," Dr. Sharmila Makhija, women's health chief at the University of Louisville, told ABC 9.

According to the National Cancer Institute, the drug increases the risk of clear cell adenocarcinoma of the vagina and cervix, and breast cancer has been found for daughters of women who took DES during pregnancy.
READ ABOUT DIETHYLSTILBESTROL (DES) LAWSUITS