Will It Be Lights, Camera and DES Cancer Action?

The lives of people living with Diethylstilbestrol effects can be fraught with frustration, confusion and regret. And anger, knowing that a drug your mother may have been prescribed decades earlier has come back to haunt you. 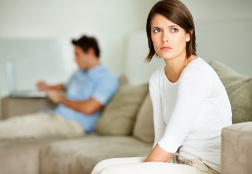 Worse still, could Diethylstilbestrol (DES) cancer potentially come lurking in the lives of your own children? The potential for such an impact to a third generation of DES mothers has yet to be realized or identified, but the speculation is getting traction nonetheless. In the meantime, a DES lawsuit remains the only means for a woman and her family to pursue compensation from the manufacturer of a drug commonly dispensed in the 1940s and 1950s to ward against miscarriages before it was ordered off the market in the early 1970s.

Four decades after the drug disappeared, the long-term affects of Diethylstilbestrol side effects are coming into view with the maturing into middle age of the offspring of women who were originally prescribed DES so many decades ago. Those side effects include DES breast cancer and now, vaginal cancer.

And those DES daughters are out there. Frances Howell is one. Her letter appeared in the Star Tribune of Minneapolis (3/19/12) in response to an article focusing on updated guidelines for Pap smear procedures.

"I am a DES daughter," Howell writes, "meaning I was exposed to the anti-miscarriage drug diethylstilbestrol before birth. So I will continue having annual Pap tests, as stipulated in the fine print of the screening recommendations, because of my increased risk for cervical/vaginal cancer."

Those guidelines, according to the American Cancer Society, recommend that women 70 and older who have had three consecutive normal Pap smears and no abnormal results in the past 10 years may choose to stop Pap smears. The recommendation is echoed by the US Preventive Services Task Force, the National Institutes of Health, and the American College of Obstetricians and Gynecologists.

That said, among the women identified as continuing to require annual Pap smear tests are those who received DES during pregnancy. While the report, featured online in Florida Today (5/10/12) did not mention DES daughters, Howell fills in that blank for us:

"Like other DES daughters, I am also well aware of my heightened risk for breast cancer, so I get screened accordingly."

While Diethylstilbestrol and cancer may not have the public profile as, say, issues surrounding asbestos mesothelioma or drugs for smoking cessation or Type 2 diabetes currently in the news, the DES issue may be in for more heightened awareness thanks to a project undertaken by Massachusetts screenwriter Caitlin McCarthy. According to the Telegram & Gazette of Worcester (3/5/12) 'Wonder Drug' is a feature-length scientific drama that puts the spotlight on how DES, "the world's first drug disaster," harms the lives of a pharmaceutical executive, feminist doctor and thirty-something newlywed across different decades.

More DIETHYLSTILBESTROL (DES) News
McCarthy told the Telegram & Gazette that her experience with DES is personal. Her mother was prescribed DES and gave birth to Caitlin two years prior to the 1971 advisory issued by the US Food and Drug Administration (FDA) warning about the potential dangers of DES pregnancy.

"I think it's a story that will resonate with today's audience," McCarthy, a teacher at Worcester Technical High School in Worcester, Massachusetts said in comments to the Telegram & Gazette.

In the meantime, DES daughters are exploring the law with an eye to filing Diethylstilbestrol lawsuits given the history of the drug that was studied in the 1950's and identified even then as having doubtful efficacy for miscarriage prevention, but was kept on the market anyway and actively prescribed until 1971. No one at the time imagined a risk of cancer to the offspring of these women.
READ ABOUT DIETHYLSTILBESTROL (DES) LAWSUITS

Posted by
Erin whitmore
on January 9, 2013
I was never told by my Ob/gyn about an increased risk for breast cancer because of DES. I am only learning about it since reading articles online after the news broke about the settlement in Boston. I suffered with terrible infertility issues and had to have my children through gestational surrogacy because of DES. I am distressed to learn it is linked to breast cancer. My mom was diagnosed with breast cancer at 44 and dies at 47. When I had genetic counseling about 5 years ago I do not recall them citing DES exposure as a risk factor. I was fortunate that not only did my mom take my at 12 years old to be checked for signs of DES exposure but had her prescibing doctor document my DES exposure in utero. This allowed me to pursue legal action and the settlement helped pay for my fertility treatments. Still there is not enough money for the pain and anxiety this drug has caused me. I am 44 years old, the same age my mom was when she was diagnosed. Now I will consider some more extreme preventative treatments.
Posted by
Suzanne Perot
on January 3, 2013
I am a DES Daughter and have breast cancer. I have to disagree with your ending statement, "No one at the time imagined a risk of cancer to the offspring of these women". On the contrary studies were done in the 1930s and 1940 (and onward) showing questionable safety of the drug known as DES. The drug manufacturers KNEW the risks. The possibility of making a lot of money from the drug outweighed safety concerns. We are reaping the benefits of the drug for sure. I have had all of my reproductive organs removed, including breasts, which I consider part of the reproductive organs, due to DES. I have attached a copy of an article for you to read:

Saying these drug companies didn't know is wrong. Of course they knew! And they should pay dearly for having that knowledge and ruining my health, and that of others.