Now that studies have shown a link between diethylstilbestrol and cancer and have suggested other diethylstilbestrol side effects, all that the women who were born following a so-called DES pregnancy can do is wait and see whether or not they will be affected by their exposure to the drug. Unfortunately, they are at an increased risk of a variety of medical problems from a drug they were exposed to decades ago. 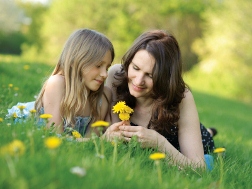 That is the reality that many women who were exposed to DES before birth now face. They have health problems related to a drug that they had no say in taking, a drug that was given to their mothers while pregnant to prevent miscarriages. A drug that was later found to be ineffective and has been linked to an increased risk of various types of cancer and fertility problems in women who were exposed to it while in the womb.

DES was the first synthetic form of estrogen and was used for decades to prevent pregnancy complications. Despite evidence in the 1950s that DES was not effective at preventing pregnancy complications, it was not until 1971 that the US Food and Drug Administration (FDA) issued a warning that DES should not be prescribed for pregnant women. By that time, as many as 10 million pregnant women and babies were exposed to DES.

A study, published in the New England Journal of Medicine (10/6/11), linked DES to 12 medical conditions, including a substantially increased risk of certain types of cancers. The risk of clear-cell adenocarcinoma is 40 times greater in women exposed to DES than in women not exposed, while the risk of breast cancer is 1.8 times greater. The risk of cervical intraepithelial neoplasia (precancerous cells in the cervix or vagina) is 2.3 times higher in women exposed to DES.

"Our study linked 12 adverse health outcomes in women to their exposure to DES in utero, with most risks increased by a factor of more than two as compared with the risks among unexposed women, resulting in substantial percentages of the exposed women having outcomes attributable to their exposure," researchers concluded.

DES side effects extend to men exposed to the drug, as well. Side effects in men include testicular abnormalities. It is not yet known what the risk of cancer is in DES sons.

Posted by
Heidi Lego
on April 10, 2016
I too am a women frustrated with the reality of DES exposure.
At five months I hearly lost my only born daughter. She was born with major heart disorders, cervical abnormalities and the horror of what these disabilities for our likely family extinction from our line.
I'm sad ad too and the reality triggers depression regularly.

Should anyone know of studies, law suits and progress with DES Awareness I'd very much like to participate. We are Still experiencing these difficulties, that were no fault of our own.