Hundreds of people in Mexico and Latin America are suing UK insurance broker Willis Group International, alleging it knowingly provided them with false information about the stability of Stanford Financial Bank (SFI). According to the documents filed on behalf of investors from Mexico and Latin America, the UK insurance company engaged with Stanford Financial to provide potential customers with written statements promoting the bank as safe, sound, and fully insured. 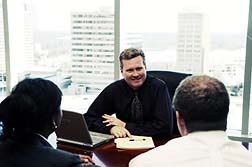 The reality was that the bank was substantially underfunded.

Allen Stanford, the president and CEO of SFI, has been in jail in the US since June, accused of "perpetrating a massive fraud based on false promises and fabricated historical return data to prey on investors," as described in a statement from the Security and Exchange Commission (SEC). Investors were allegedly bilked out of as much as $8 billion dollars in "so-called certificates of deposit" that promised double-digit returns.

The legal team from Stasburger Attorneys at Law in Texas that represents the Latin American investors says the facts of the case show that the Willis Group worked closely with SFI and crossed a dangerous line between "insurance broker and marketing agent."

LawyersandSettlements (LAS):
Where are the plaintiffs from?

David Cibrian:
This class action includes people from Mexico, but we also have a large group through the other Latin American countries as well, including Ecuador, Columbia, Venezuela and Peru. Altogether, it includes about 800 people.

LAS:
How do you allege Willis was involved?

The lawsuit we filed contains a letter from the Willis Group that was given to potential customers. That letter describes Stanfield as sound and secure and goes on to tell investors that an independent accounting firm has audited Stanford Financial and that their deposits are insured. We believe the Willis Group was working side by side with Stanford International Bank.


LAS:
How much money does this involve?

David Cibrian:
We have teamed up with another firm and together with their clients and our clients this involves about $350 to $400 million in Stanford investments.

LAS:
What would the grounds be?

Ed Valdespino:
The grounds would be that Willis aided and abetted the Stanford sales force in selling these products which were supposed to be, as we are alleging in the lawsuit, financially sound investments. In fact they were probably not, at least based on the findings of the SEC's investigation into Stanford Financial.

The bank was supposed to have billions of dollars in assets, but from what we know now that is not the case.

LAS :
What kind of hardships are your clients facing?

David Cibrian :
Stanford Financial was taken over by government-appointed liquidators in February and none of our clients has been able to access their funds since then. The accounts are frozen.

I have personally met literally hundreds of Stanford Financial customers in Mexico and elsewhere. Many of these people were retired and in their 70s and 80s. They relied on their investments to provide them with a reliable source of income. However, the checks have stopped coming. For many of our clients, this was their only source of income.

Allen Stanford has denied that Stanford Financial did anything wrong. He told ABC news earlier this year that he was not guilty of the accusations being made against him.

David Cibrian is a graduate of Georgetown University Law Center, J.D. (1990) and Loyola Marymount University, B.S. Accounting (1985) and a partner with Strasburger Attorneys at Law. He is the Chair of Strasburger's International Practice. Ed Valdespino is a litigator whose practice is focused on insurance defense, contractual liability, premises liability, aviation, toxic tort and environmental, and construction litigation. He is a graduate of Southern Methodist University, J.D. (1987) and the University of Texas at San Antonio B.B.A. (1983).