Millions of people around the world were inspired and swept up by the story of American Greg Mortenson and his selfless efforts to build schools for children in remote regions of Afghanistan and Pakistan. But, a class-action suit for fraud filed in Montana, where Mortenson lives, alleges the adventures documented in Mortenson's best-selling book Three Cups of Tea and Stones Into Schools were "fabrications." 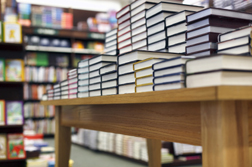 "He says everything is true, and we say everything is false," says 66-year-old Great Falls, Montana attorney Alexander Blewett from the firm of Hoyt and Blewett that represents the class in the lawsuit. "We want a jury to listen to the evidence and decide whether he is telling the truth or not and we are more than willing to give him that opportunity."

The voracity of Mortenson's story has been challenged a number of times, but in Three Cups of Tea, he recounts being rescued by villagers in 1993 after a failed attempt to climb K2, the second-highest mountain in the world located on the border between China and Pakistan. Grateful for saving his life, Mortenson promised to return and build the village a school after he saw children learning to write using the dirt for a blackboard.

Mortensen admits to compressing events but maintains he and the non-profit organization he founded, Central Asia Institute (CAI), are responsible for educating as many as 60,000 children, and was quoted in the Bozeman Chronicle saying, "I stand by the information conveyed in my book."

The lead plaintiffs in the suit, three individuals from Montana, allege that millions of people who either bought Mortenson's books or made donations to the Central Asia Institute were defrauded and named Mortenson, the CAI and Penguin books as defendants.

More CONSUMER AND FINANCIAL FRAUD News
According to the statement of claim "the CAI wrongly expended significant sums of money to finance Mortenson’s book tours and public speaking engagements." It also states "Mortenson, CAI, and/or Penguin have repeatedly fabricated material details about his activities and work in Pakistan and Afghanistan, including specific fabrications contained in his book Three Cups of Tea and Stones Into Schools. The purpose of these fabrications was to induce unsuspecting individuals to purchase his books and donate to CAI. These activities have generated significant sums of money for Mortenson, CAI, and Penguin."

As many as 4 to 5 million copies of the books were sold and Mortenson claims to have raised over $60 million.

"Some of the (potential class members) bought books and some people gave money. There is a class group for books and class for donors," says Blewett. "The point is that a lot money was given, and there are representatives of each class who gave a whole lot of money to the defendants."


Alexander Blewett is a partner in the firm of Hoyt and Blewett. He is a veteran attorney and member of The Association of Trial Lawyers of America. His practice focuses on Railroad Law, Personal Injury, negligence, fraud, product liability, medical malpractice, environmental law, toxic torts and other important areas of the law.