Attorney Patrick Perotti has guided more than $25 million in unclaimed class-action settlement money to Ohio charities. His determination to make sure the leftover cash goes to the right place has earned him praise from non-profit groups and scorn from fellow class-action lawyers. 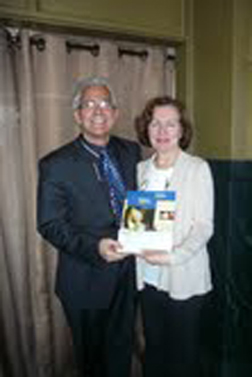 “My Irish Catholic mother always said to me, ‘Patrick, you do the right thing.’ I have never forgotten that. That’s what my Catholic high school taught me and my law school taught,” says Perotti from his office at Dworken & Bernstein in Cleveland, Ohio.

Perotti is a high-profile class-action lawyer who’s crossed swords with some major defendants over the years. Early in his career he discovered, much to his amazement, that an astounding number of plaintiffs, sometimes more than 80 percent of plaintiffs, can’t be found or simply don’t bother to collect what is owed to them.

“We’re not talking about wage and hour cases. In those cases everyone has a large stake in the settlement and people are owed a lot of money,” says Perotti. “And we are not talking about serious product liability cases where people have serious problems with products like Transvaginal Mesh or pharmaceuticals like Vioxx.”

Big pools of unclaimed settlement money are most likely to arise in consumer fraud cases where the defendant owes small amounts, perhaps only a few dollars, to thousands, sometimes millions of customers. In Ohio, unclaimed cash is returned to the defendant unless the settlement order says otherwise.

When Perotti discovered there was going to be a huge chunk of change left over in his very first consumer class-action case, he started doing some research. He found a little-used doctrine with its roots in 3rd-century estate law. If the money couldn’t be distributed the way it was intended to be distributed, it should be distributed cy-prés - “as near as possible” to the original intention.

Of course, the executives of big companies who are defendants in consumer class actions don’t always want to fork over remaining money. They don’t have to and plaintiff lawyers are not obliged to pursue the money cy-prés.

But Perotti will litigate and litigate, until some satisfactory portion goes to a charitable organization. “Technically, I don’t have to do that,” says Perotti. “But it doesn’t make me sleep well if I don’t.

“Sometimes it means I have to spend several years litigating the case. I don’t get a penny more in attorney fees. I get the same amount as I would if I didn’t apply the cy-prés doctrine. But that is not the way lawyers are supposed to practice. They are supposed to do justice,” says Perotti.

Some of the money has gone to Ohio charities just in the nick of time. Without a substantial contribution, they might have had to close or cut back their services. They’re grateful for Perotti and the diligent practice of cy-prés doctrine.

Fellow class-action lawyers in Ohio are not so enamored with Perotti. “They criticize us at Dworken & Bernstein. They say you are making our lives more difficult. Just go with the flow and do what has always been done,” says Perotti. “But I am just not comfortable with that. This is about truth in settlement.”

More FINANCIAL FRAUD News
About half a dozen states in the US apply cy-prés doctrine by law. Ohio is not one of them. Perotti and the members of his firm have been trying to change the law in Ohio but, so far, opponents have managed to block legislation.


Patrick Perotti is a graduate of the Cleveland Marshall College of Law in Ohio. He focuses on complex commercial litigation, civil rights, employment discrimination litigation and class actions. He frequently appears before state Supreme Courts across the country and as lead counsel in major consumer class actions. He is also an expert on cy-prés doctrine. Dworken & Bernstein has been in business for 50 years, and offers a full range of legal services for individuals, families and businesses.