A giant pyramid scheme that has been masquerading as a marketing company appears to be starting to crumble. The only "fortune" the company created went mostly to the company's father figure, Paul Orbison, and a short list of his confederates. 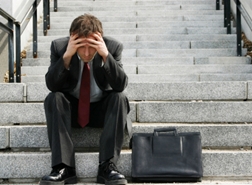 Although Fortune Hi-Tech Marketing purports to sell everything from hair care products to cell phones, the real sales job was done on potential recruits to the organization.

"The law against pyramid schemes is clear," says R. Kenyon Meyer, an attorney who works with the well-known firm of Dinsmore and Shohl in Louisville, Kentucky. Meyer represents four former Fortune sales representatives in a national class action alleging they were victims of Orbison's operation.

According to the suit, sales representatives were charged $299 for the privilege of joining the Fortune team. Then they were pressured into buying a never-ending stream of services and equipment in order to do the job, says Meyer, who has been researching the company for several months now.

"Fortune requires sales representatives to get 'frequent customer points.' Those points are obtained not by selling something, but by signing up for something in order to do your job as a representative!"

Just because Fortune maintained a list of products for sale doesn't mean it isn't a pyramid scheme, warns Meyer. "Every pyramid scheme has some product that it purports to promote. The focus on recruitment overrides the focus on the sale of a product to the ultimate consumer meaning somebody not involved in the pyramid."

Fortune Hi-Tech Marketing was recently routed in a Montana state class action where regulators successfully litigated against the company for operating a pyramid scheme.

Orbison, who lives and operates Fortune from Lexington, Kentucky, tells recruits he was able to retire after he made a million dollars month with another multi-level marketing company. He started Fortune in order "to give back" and allow others an opportunity to get rich.

More FRAUD News
Meyer's clients, however, would prefer that Fortune simply give back the money they were duped into pouring into a pyramid scheme. According to the research done by Dinsmore and Shohl, the majority of sales reps actually made less than $90 dollars a month before expenses.

There may be thousands of potential class members across the US and even in Canada and Britain, but Fortune is unclear about how many sales representatives it actually has on the books. "They have made some vague representations from time to time, like we have had tens of thousands of representatives join in the last couple of months," says Meyer. "But there have been no official numbers released."

The class has yet to be certified. Meyer believes it will happen soon. "I am really looking forward to the discovery phase," he says.

Posted by
Sham WOW
on November 26, 2012
So many more things have happened with this Ponzi Scheme since the article was written over 2 years ago. More state AG investigations, more bogus ripoff products. Class action lawsuits since lingering on and the latest news is that the media aggregation site which tells all truth about FHTM is owned and managed by their own law firm in Texas.

The content and links is overwhelming and destroys any credibility FHTM tries to create.

They do a great job about SEO because its in Google on page #1.

Posted by
David Bonnet
on September 3, 2011
I lost almost $900 dollars in FHTM and never figured out how it worked.
Posted by
Gomer Pyles
on March 28, 2011
Here are two recent articles from 'USA Today' for your free-thinking readers.

The criminogenic organization known as 'Fortune Hi-Tech Marketing' is an 'Amway' copy-cat. i.e. 'FHTM' is the reality-inverting label over the entrance to yet another self-perpetuating 'MLM business opportunity' cult. 'FHTM' was instigated, and is run, by a gang of exceedingly-greedy, but otherwise-mediocre, little raketeers from Kentucky. These narcissistic parasites have begun to grow rich by peddling an unoriginal lie whilst steadfastly pretending moral and intellectual authority.

In the adult world of quantifiable reality, the authenticity of the 'FHTM' lie is currently being challenged all over the USA, after the State of Montana charged that 'FHTM' was actually a dissimulated pyramid scheme. However, exactly like the billionaire bosses of the 'Amway' mob, the millionaire bosses of the 'FHTM' mob posed as innocent Christian businessmen/philanthropists under attack and instructed their aggressive echelon of attorneys to negotiate a 'settlement' with the plaintiffs. i.e. Without admitting any fault, they agreed to hand-over a significant chunk of their ill-gotten gains in Montana, in order to continue their clandestine criminal activities elsewhere.

This general video warning has been recently produced by the Bureau of Consumer Protection at the US Federal Trade Commission http://www.youtube.com/watch?v=OoB2PKYbu4Q . However, it beggars belief that senior FTC officials like Eileen Harrington can use public funds to pretend that the FTC wants to protect the American people from 'MLM business opportunity' fraud, when, for decades, other senior FTC officials have allowed this cancer not only to gnaw its way into the USA, but also into the rest of the world.

Despite more than half a century of damning-evidence, senior US government trade officials prefer to remain blissfully-ignorant of the fact that behind so-called 'MLM' companies has lurked the ongoing historical phenomenon of criminogenic, or pernicious, cultism. Meanwhile, the self-appointed bosses of these reality-inverting, totalitarian groups continue to rake-in vast fortunes by peddling variations of the same Utopian fiction as fact.

'MLM business opportunity' fraud is undoubtedly a form of major organized crime spawned in the USA. It should never have been left to ill-informed, and/or corrupt, American regulators to deal with this internal threat to democracy and the rule of law.

'Amway' and 'FHTM' are the American Dream made Nightmare.

Posted by
Luis Valasquez
on December 23, 2010
Another blistering Class Action lawsuit was filed in California on 12/22/10
docstoc.com/docs/67820759/California-Class-action-for-FHTM
Posted by
debra caldwell
on November 18, 2010
we have been in this for 2 months we are really being pressured to sign up all our friends and we still don't understand how you make money on this.