Social Gamers Subject to Unauthorized Charges According to Suit

Gaming users have a serious bone to pick with Facebook and the Zynga Game Network over an estimated $500 million in unauthorized charges billed to their credit cards. 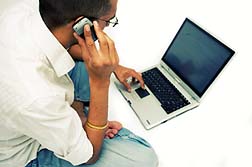 Rebecca Smith had to change her bank account to put a stop to the unauthorized charges. Smith is now the lead plaintiff in a national class action suit that alleges the two companies participated in consumer fraud by duping gamers into buying products and services they didn't need or want.

"This is really the secret shame of Facebook," says Smith's attorney, John. R. Parker, from Kershaw, Cutter & Ratinoff in Sacramento. "They got a lot of their advertising revenue through aggressive and scummy advertisers."

Hundreds of thousands of people in the US and around the world are regular players of Zynga social network games like Mafia Network, FarmVille and Zynga poker. "It has more installed applications than any other developer on Facebook," explains Parker. "It has just exploded since it was launched two years ago."

The games require virtual currency that can either be earned in the game, bought outright, or offered as a special bonus from advertisers.

They problem is, gamers often end up with charges for things they don't want or need. In Rebecca Smith's case, she ended up with monthly deliveries of green tea from China that she couldn't get stopped.

"She had about $150 in charges on her credit card," says Parker.

As many as 200 thousand other Zynga gamers may also have been hit with unauthorized charges. The suit aims to have the money refunded.

More CONSUMER FRAUD News
Facebook recently announced that it would suspend all special offers that it could not verify as having legitimate value to users. "These advertisers generally violate Facebook's own rules, and this has been going on for two years," says Parker, pointing out that many people have already been the victims of unauthorized charges.

The internet can be a difficult world to navigate and Parker admits it is a challenging and complicated case. "We are not aware of any other cases like this being filed. But I think we are going to be up to the challenge," he says.

Kershaw, Cutter & Ratinoff is primarily a personal injury and medical malpractice firm. However it successfully served as lead counsel in a class action against AOL several years ago where people where signed up for accounts they did not want.

John R. Parker did his undergraduate degree at the University of Georgia and earned his J.D. at Harvard Law School. He is a member of the Consumer Attorneys Association of California.

Posted by
Jennifer Smart
on June 17, 2013
Zynga has charged my card (unauthorized and they have no record of) $21.45. They are not refunding and are pushing the blame on Facebook to resolve. Yet on my statement it clearly shows Zynga as the recipient. Who has no record of purchase either. Contacted Facebook but have not heard back as of yet. What horrid business practices and how unethical! Zynga's "customer service" number is: 800.762.2530. You will get a live person but they just say "uh hu"
Posted by
Jenn
on June 9, 2013
I bought some poker chips on zynga in game through face book. I looked at my paypal acct and I have been double billed and also have over 200 in unauthorized charges on paypal for zynga goods I did not even purchase. We are talking back to back transactions via paypal on the same day several times. I contacted zynga and they stated they don't see the transactions double posting and said it is a facebook payment issue. I contacted facebook and filed a dispute and waiting for a response. I also filed a dispute on paypal but there are so many of these transactions I can only dispute 3. I have also contacted my bank. I did purchase virtual goods but not that many nor that many times in one day, day after day.
Posted by
Paras G.
on April 24, 2013
I have two unauthorized Facebook charges, one for $26, another for $254 on my Chase Freedom card.

Chase cancelled my card because the apparently cannot handle unauthorized charges any other way. They are issuing me a new card.

This is ridiculous that rather than pursuing the offender, they are penalizing the customer.

Cancellation of a card creates many problems such as recurring payments and reservations made using the particular card.

Chase needs to find a way around rather than penalizing customers.

They also have removed the account from online access that I had. So I have lost the entire history of that account. Why can't they leave the cancelled account records as frozen records for customer's reference? So thus go the paperless records that are not in your control.

Posted by
Cheryl Septer
on February 11, 2013
I must apologize for my previous comment. I did not look close enough at my credit card statement to notice the 90 cent entry was a credit from Chase back to my card for the original 90 cents. I still think FB needs stopped.
Posted by
Cheryl Septer
on February 11, 2013
Last month there was a 90 cent Facebook charge on my Chase Credit Card that I did not authorize. I play Bejeweled Blitz, but buy nothing and click on nothing while playing. I called Chase and they had me cancel my card and they issued a new one. My statemet came today and once again, there was a 90 cent charge from Facebook. Facebook needs to be stopped!