Credit Card Theft: An "Inside Job"

A Michigan State University study has shown that as much as 70 per cent of all identity theft -- including credit card theft -- is the work of "insiders" such as store clerks and other employees.

Michigan State professor Judith Collins, director of an identity theft program at the university, randomly selected thousands of cases from around the country, then followed the paper trail through the court system. In 50 percent of the cases, it was proven that the victim's information had been stolen by a clerk or other employee. Another 20 percent of cases also showed strong evidence of an "inside job".

National bank regulators have estimated that there are now half a million cases of identity theft per year. Privacy experts who specialize in identity theft say the number could be twice as high. 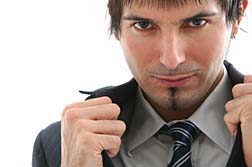 Shocking Findings
One of the most shocking findings of the study was that a large number of thefts were committed not by employees, but by business owners themselves.

Rob Douglas, an identity theft consultant, was not surprised by the findings: "There is always a lot of concern about computer hackers," Douglas said. "But the demonstrable number of [hackers] pales in comparison to the easy old method of insider theft. It's a crime of opportunity. The information is right there."

The study also found that many victims of credit card theft do not even learn of the crime until a collection agency comes calling. Many consumers do not closely monitor their transactions, other than a quick glance when their monthly statement arrives in the mail. Others, particularly those with zero-or-low balances, may not even open their statements for weeks. In the meantime, thieves have racked up thousands of dollars in debt.

Spending Sprees
Hillary of Minneapolis believes she was the victim of an "inside job". But she considers herself one of the lucky ones. Her credit card company noticed unusual activity on her card and notified her immediately.

"My credit card company phoned and said they had noticed unusual activity on my card and wanted to check it out," she says. " I think they noticed it because I almost never use my card, and here was this spending spree...

"They said that the night before my card numbers had been used to go to four different gas stations, to Wal-Mart and to Burger King. I was like, 'Ok, I'm a vegan, so there is no way that was me!

"It's not like my purse was snatched. I still had my card in my wallet. [The thieves] had taken my card numbers and made duplicate cards and were using them all over town."

The thieves were never apprehended, but the credit card company cleared the charges from her account. Hillary believes that her good credit rating helped to ensure that the company took her at her word.

More News
After her experience, Hillary obtained what is called a "fraud alert" that will last her for seven years. The fraud alert directs lenders to verify Hillary's identity before issuing loans or credit, by phoning her. An automatic "fraud alert" has been placed in each of her credit reports, preventing any new accounts from being opened in her name.

"I'm a lot more careful now," says Hillary. "I don't really use my card in stores anymore. And I pay close attention to what's on my statement. I can't afford to lose my good credit!"

If you or a loved one has suffered similar damages, please send your story to a [Consumer Credit] lawyer who will evaluate your claim at no charge.
Request Legal Help Now