The details may sound sexy but as New York attorney Norah Hart sees the situation, the battle against Match.com, the world's biggest online dating service, is a plain old case of consumer fraud.

"It is a very strong case when it comes to consumer fraud," says Norah Hart from her office in New York City where she is a partner with Treuhaft & Zakarin. "It is specifically about misleading the consumer." 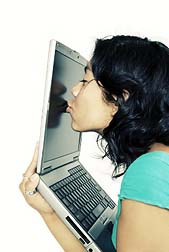 Hart recently took the first step in a potential multi-million-dollar class action suit on behalf of Sean McGinn and others who regularly use the international online dating service in hope of finding a life mate.

The complaint, filed in the United States District Court, Southern District of New York, yet to be certified as a class action, alleges that Match.com is violating the Fair Trade Practices Act because it leads subscribers to believe that every profile they see online is, like them, an active subscriber. "Match.com portrays people as subscribers when they are not – and they portray as them as reachable when they are not."

The document claims that Match subscribers, like lead plaintiff Sean McGinn and others have been defrauded of millions of in fees and compensatory damages because a high percentage of current Match members have cancelled their subscriptions and are no longer reachable. Some may have temporarily suspended their subscription—others may have taken advantage of the trial period and posted a profile but never actually bought a subscription. In addition, Hart argues that Match deliberately hides that fact from subscribers.

"Match allows you to put up your profile up for free without being a subscriber," Hart says. "But once that trial period expires, Match.com still presents you as reachable. You can send an email but the person won't read it, they won't even get it!"

"A simple analogy is--I sell you a six pack of ginger ale and two of the cans are empty," says Hart. "If I sold you six cans and you believe that all six are the same, but they are not. Four of them are what you are looking for and two of them are empty--now how do you feel about that?"

More Consumer Fraud News
Many people don't feel very good about it according to Hart. If they're sending emails and they never receive a response they may also feel a level of emotional frustration that Hart believes constitutes an argument for compensatory damages in this case. "It is extreme personal nature and the damages are hard to quantify and hard to address, but I believe they are there," she adds.

Posted by
B D
on February 6, 2015
If you need me to go before congress or judges or anyone else - I can prove that I have been a victim of a (international Nigeria Scam) these people were on Match.com.

I even reported the profile scam artist to Match.com - they did nothing to investigate. He scammed me out of $300,000.00
If Match.com was REQUIRED TO E-VERIFY at least we would know they are real people. As a consumer, I feel that Match.com is aidding & abiding in criminal activitiy
when they operate:advertising you can meet your MATCH.
this is misleading...(the people are NOT REAL)

I think about all the victims of Match.com and all the innocent consumerS that have been hurt and depleted of their money..by scams that are on Match.com
I have just done an interview with CBS CHANNEL 46 IN ATLANTA, GA. this week on his matter.............

I would very much to discuss more with you hope to hear from you soon.

PEOPLE BE WEAR, MATCH.COM is a site for criminals - to operate (if we could stop this - a lot of the detectives, FBI and SS could spend more time on terrorist.

Posted by
Susan B
on January 22, 2013
Not only that but if match represents that my romantic interest is still looking .... Then they sabotage efforts. I will not go out with someone who wont take their membership down or if it looks like they were on the site right after a date. And I am used as bait plus cant get serious prospect when match uses my photo and profile after I cancelled. They also used or sold my photo to advertisers. When I complained they refused citing policy. They actually derailed my efforts.