The Ohio Department of Public Safety and Bureau of Motor Vehicles has been hit with a potentially costly class action lawsuit alleging that two senior employees contravened federal privacy laws when they authorized the sale of information in the state's databanks. "At this point we don't know what motivated them to sell the data," says Charles Lester, an attorney with the Eric Deters law firm in Cincinnati, who represents plaintiffs in the suit. "We just know that the information is out there on the Internet." 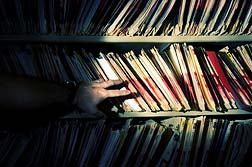 According to documents filed with the US District Court in Ohio, the names, addresses and driver's license numbers of hundreds of thousands of Ohio drivers were sold to a consumer information aggregating company called PublicData, which in turn sold the information to another company called Shadowsoft. "Anyone can go get that information, all you have to do is pay a fee – there is no vetting process that stops you," says Lester. "If I wanted to get the information about the judge in the case I could go online and get it!"

The suit, which has yet to be certified, asks that the state of Ohio cease selling data and make an effort to recover the information released into the public domain. "We want the practice stopped and we want damages," says Lester. "There is a statutory penalty of a minimum amount of $2500 that people are entitled to even if they cannot show any specific harm. The federal law makes it clear this information should not be freely available."

"So if you consider the number of drivers in the state of Ohio this could add up to a substantial amount of money. It could hurt the state's budget, rather than help it," says Lester.

Since the state of Ohio cannot be sued, the complaint names the director of the Motor Vehicles Department and the state's registrar as defendants in the potentially multi-million dollar class action. "In order to be able to sell that information it would have had to be authorized and we know that those persons would have to be involved in the process," says Lester.

More News
In response, the defendants have recently filed a motion to dismiss claiming that as agents of the state of Ohio they are immune to prosecution. They also maintain that the plaintiffs have no cause to seek damages as a result of the
sale of the information.

Lester maintains the suit is on target. "Just because the state has a right to collect the information doesn't mean the government can sell it to make money," says Lester.