A jury recently reached a $31.5 Million Verdict in a California car accident lawsuit. “I have faith in the jury system and we believe this amount will provide medical care for David for the rest his life,” says Attorney Greg Bentley, Shernoff Bidart Echeverria Bentley LLP. 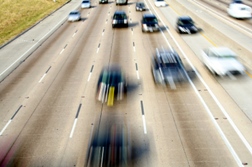 David Evans, a 30-year plus prosecutor for Los Angeles county district attorney’s office was one year away from retiring. So was his wife. Bentley says that his client is now tracheostomy dependent and needs a G-tube for feeding. “Right now David is living at a rehabilitation facility but his family’s goal is to get him home with proper care,” says Bentley.

The accident, which occurred in April 2009, caused severe brain injury and spinal cord injury to Evans, and he will require round-the-clock nursing care for the rest of his life. “Clearly this is a large verdict due to the extent of injuries suffered by our client,” says Bentley.

Bentley says there are two components to this case. First, the jury determined the roadway was in a dangerous condition. Bentley says this verdict has put Caltrans (California Department of Transportation) on notice. “The jury apportioned 85 percent liability to the truck driver and 15 percent to Caltrans, which designs, maintains and services our roadways. For public safety Caltrans needs to do something to fix this problem.”

It was an accident waiting to happen.

The intersection was designed in 1933 and changes were made along the way. Then Caltrans installed the left turn pocket at this intersection in 1988, due to an increase in population.

“This condition has been a problem since more people moved into the area,” says Bentley. “In 2000 a gas station was installed, which put Caltrans on notice that people will be turning to get to the gas station or turning to get home.”

The second component of this case is that the accident happened in San Bernardino County, which is District 8. “State Route 138 is a major connector to State Route 15 and on to the city of Lancaster and Los Angeles County,” says Bentley. “Route 15 is a major highway driven by people in Los Angeles or Orange County to Las Vegas. The Lancaster and Palmdale area boomed with increased development since the early 1990s and we put this evidence into trial.

"Lancaster also used highway 138 travel eastbound to get to the freeway. This is important because increased traffic volume means increased people making turns, which in turn means that drivers are exposed to the dangers of people making this unsafe left turn.”

More CALIFORNIA CAR ACCIDENTS News
Bentley did his homework. He says that, on highway 138, the traffic count went from 3,000 motorists per day in 1990 to 10,000 in 2000. “From a traffic engineering perspective, increased traffic volume enhances the danger.”

Furthermore, District 8 does not use pylons to protect against the unsafe left turn. District 7, which was evidence, does use pylons. “We believe that the citizens of San Bernardino county should be afforded the same protection that Caltrans provides to those in Los Angeles county,” adds Bentley. “It is time for Caltrans to protect all drivers on the roadway.”