Memphis, TN: It’s an emerging issue from a relatively new device meant to bring the art, or habit, of smoking into the twenty-first century. The e-cigarette has captured the fancy of millennials having embraced “vaping,” or inhaling vapor as a preferred alternative to actual smoke. While long-term health benefits and risks associated with the e-cigarette are not known, it is generally held that vaping carries less risk than inhaling smoke. Or does it? That’s the question a young man is asking after an e-cigarette exploded in his face this past fall, causing a serious neck injury.
Read [ Memphis Man Suffers Broken Neck from Explosion of E-Cigarette ]

Plaintiff Sues Tulsa Police for Shooting Him in the Neck

Bus Rollover Causing Back and Neck Injury Settles for $6 Million

Dallas, TX: A back and neck injury lawsuit stemming from a serious bus crash in 2013 has resulted in a $6 million settlement required of Greyhound Bus Lines. While the defendant maintained the driver of the bus lost consciousness from a coughing fit while drinking coffee behind the wheel, plaintiffs maintained the driver suffered from an undiagnosed sleep disorder.
Read [ Bus Rollover Causing Back and Neck Injury Settles for $6 Million ] 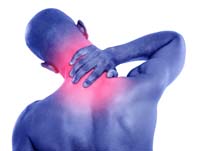 Oklahoma City, OK: The first bellwether lawsuit concerning GM airbags, which involved a postal worker who claimed he suffered serious back and neck injuries when his airbag failed to deploy, has been dismissed, with the postman accused of committing fraud in his case. Although the lawsuit was dismissed, it does not indicate a ruling on the merits of the airbag lawsuit, and more bellwether lawsuits are scheduled.
Read [ First GM Airbag Lawsuit Dismissed ]

Neck Injury Lawsuit Stems from a Pain in the Neck

Belleville, IL: It’s a back and neck injury of a different sort, in the form of an injection into the neck during treatment at the hospital. However, subsequent paralysis allegedly stemming from the injection has fostered a disabling injury and a subsequent neck injury compensation claim.
Read [ Neck Injury Lawsuit Stems from a Pain in the Neck ]

Chicago, IL: The family of Steve Montador, who died earlier in 2015 and reportedly had chronic traumatic encephalopathy (CTE), has filed a lawsuit against the National Hockey League (NHL), putting athletes’ injury risks in the news again. The National Football League (NFL) and NHL have both faced lawsuits linked to various serious injuries, including concussion injuries. Other injuries sustained by athletes can include back and neck injuries.
Read [ Sports Injury Lawsuits in the News Again ]

Pigeon Forge, TN: Dollywood has responded to a personal injury lawsuit alleging a woman suffered serious brain, back and neck injuries in December 2013 due to negligence on the part of Dollywood staff. The plaintiff, Tedi A. Brown, claimed the ride she was injured on, the Waltzing Swinger, should not have been operated in dangerous conditions, which resulted in her back injury. Dollywood, however, argues that the plaintiff jumped from the ride, rather than falling from it.
Read [ Dollywood Responds to Injury Lawsuit ]

Miami Couple Sustain Back and Neck Injury in Stairwell Collapse

Two days after a young couple were injured after the stairs on which they were walking collapsed beneath them, a back and neck injury lawsuit has been filed against the owner of the building and, potentially, the insurance company involved with insuring the premises.
Read [ Miami Couple Sustain Back and Neck Injury in Stairwell Collapse ]

A young woman driving a rented car sustained a serious neck injury when the airbag deployed too forcefully, causing a grievous injury to the left side of the victim’s neck. It is alleged that the neck injury precipitated her death. A wrongful death lawsuit has been filed by her family.
Read [ Neck Injury from Allegedly Defective Airbag Blamed for Young Woman’s Death ]

With the Stanley Cup Playoffs still fresh in our minds and the win by the Chicago Blackhawks of their third championship in six years, here’s a story about a back and neck injury that is alleged to have been caused during a previous playoff series between Chicago and the soon-to-be Stanley Cup champion Los Angeles Kings.
Read [ Stanley Cup Fever Spurs Back and Neck Injury Lawsuit ]
Page: 1  2     Next»