Back and Neck Injury Claims Run the Gamut

A railroad worker, who held that work he performed as a welder with Union Pacific Railroad (UPR) caused him a grievous back injury, was awarded just over $1 million by a jury upon the conclusion of his back injury lawsuit. The News-Gazette (2/12/13) reported that the most the defendant offered to the plaintiff was $200,000. 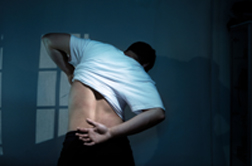 Plaintiff Don Currie of Villa Grove, Illinois, worked as a track welder for UPR over 21 years, from 1989 through 2010. According to his statement of claim, the work required of the plaintiff exposed Currie to prolonged and awkward spinal positions, which allegedly led to back problems that surfaced in the early 2000s, according to Currie’s back injury compensation claim.

When Currie underwent an MRI in 2007, it was discovered he had a herniated disc. Surgery was required to remove a disc and fuse two vertebrae, according to Currie’s back injury lawyer. The Madison-St. Clair Record (2/7/13), in a separate report, noted that Currie was also diagnosed with nerve root impingement. During trial, it was revealed the plaintiff would require additional surgery.

His employer argued Currie’s back problems were the result of genetics and smoking, and not from any work required of Currie at the behest of the railroad.

The plaintiff held that his injuries ended his work career. He sought $2.2 million in back injury compensation for medical bills, lost earnings, loss of a normal life, together with future pain and suffering, according to the Record.

Following eight hours of deliberation, the jury at St. Clair County Court found for the plaintiff and awarded $1.4 million dollars, with Currie himself responsible for anything over $1.05 million.

Back injury settlements are important to plaintiffs, as back injuries can be debilitating and can affect an individual in different ways, often affecting their livelihood and capacity to earn a living. The back injury lawsuit was tried before Circuit Court Judge Vincent Lopinot. The case was St. Clair County Case number 10-L-206.

More BACK AND NECK INJURY News
Meanwhile, a groundman working for Gervais Cable Construction Inc. of Pennsylvania and hired by Fox News Channel’s Andrew P. Napolitano to undertake cable wiring, sustained a neck injury after attempting to climb a fence the worker did not know was electrified. According to a report in the Daily Record (3/31/13), David Senyszyn was within the gated perimeter of the defendant’s home when he required tools from his truck parked outside the perimeter. Unable to exit the grounds through a locked gate, Senyszyn attempted to climb a fence, only to receive an electric shock. According to testimony in the neck injury lawsuit, the plaintiff suffered burns to his hands and a neck injury for which he required surgery.

Senyszyn’s neck injury lawsuit against Napolitano and Service Electric Cable TV of New Jersey Inc., has led to cross complaints and counter-suits. Cable Services Co. Inc. and Gervais Cable Construction Inc. are also listed as defendants as Senyszyn pursues neck injury compensation. Napolitano is a former Superior Court judge from New Jersey who signed on with Fox News as their senior judicial analyst three years after he retired from the bench in 1998.

Discovery in the neck injury compensation case must be completed by May 30.