Recent proposed settlements involving auction rate securities from UBS, Merrill Lynch, Citigroup, and other underwriters may sound very appealing to investors. However, according to Diane Nygaard, founder of the Nygaard Law Firm, investors must look over their paperwork carefully before signing anything, or they may sign away their right to certain compensation. 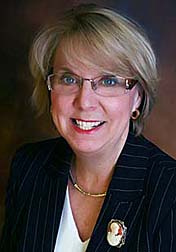 According to Nygaard, UBS, Merrill Lynch, and Citigroup are in the process of settling with the New York Attorney General, the Massachusetts Securities Department, and the Texas Securities Department regarding the sale of auction rate securities. "The settlements say that their clients will be paid back for the amount they put into auction rate securities over the next two to three years," Nygaard says. "In addition—all the details are not known yet, because these are settlements in principle—the UBS settlement also provides that their clients can borrow back their own money until they are able to put their ARS back to UBS."

Although the settlement may sound good to investors who are desperate to find out if they will ever access their money, Nygaard says that there are a couple of important details missing from this settlement. The first of those is immediate repayment to clients.

"UBS says that it will begin purchasing ARS as early as October 31, 2008, but they will be buying them up over a two year period, to January 1, 2011. Corporate accounts with over $10 million in assets at UBS won't see the process begin until June 2010, and that will go through June 2012. So, we still haven't seen any cash." Other settlements don't cover corporate accounts.

The other detail missing from the settlement is consequential damages, and those can be costly for investors. Consequential damage means that, as a consequence of having their cash frozen, investors could not proceed with a business project. For example, they may have owned a lot they wanted to develop but they couldn't close on it because their cash was frozen, so they lost that business opportunity. Or, they may have had earnest money on a property, not been able to close, and lost their earnest money.

Nygaard says that because the Auction Rate Securities were sold as being safe and liquid, the settlement does not go far enough to compensate investors. "They weren't liquid since February 13 and they won't become liquid before October 31 if the UBS settlement is finalized. The details of other settlements vary. Also, some of the loans require collateral that exceeds the amount of the loan, so the loan component may or may not be acceptable for certain people while they wait to get their money back. With the time frame given, it may not be until January 1, 2011 before some investors get any money. That's not exactly a liquid investment.

More AUCTION RATE SECURITIES News
"These financial institutions, having made millions of dollars, are not going far enough to compensate investors unless pushed. Individual negotiations or arbitrations are necessary to recover lost interest, costs, any attorney fees, and consequential damages. With student loan auction rate securities, investors can only borrow up to 70% of the market value. If you can borrow only 70% of your money back while you wait to be compensated, that's not the same as getting your money back.

"It takes approximately 12-13 months between the filing of an arbitration claim and a hearing, so it may still be faster to file arbitration. Furthermore, there are people who purchased auction rate securities from other banks or smaller players in the market. It may take a while before there is a regulatory investigation into those parties, if one is ever done. So those people should definitely see an attorney."