Peggy was in the middle of building a home that would facilitate her disabled mobility, but a large part of the construction money has become blocked in failed auction-rate securities (ARS). Solutions offered by her broker will only complicate matters and her research indicates she is in for a long wait before any resolution.

"I got into auction-rate securities about 1995," Peggy says. "I was a little disappointed with the markets and wanted to move away from the stock market because I was aging, so I moved some money into money market accounts. My broker suggested I could make more in ARS and my money would never be tied up more than seven days. 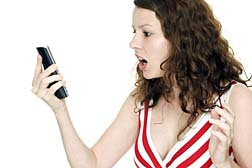 It all went well at the beginning and I added more to that account. My regular statements looked fine. As I was told, the interest paid was a little higher than money market, roughly half to one point more."

Then the call came from her broker at UBS - giving her a head's up about the next statement. "In the first part of April, he called saying 'oh, by the way, we're going to be marking down the ARS from par value because they're not liquid."

"I was shocked, angry and frustrated," she continues, "because I'd just had a meeting with them one month before and no problem was mentioned. They knew I was starting to build a home and for that I needed the account to be liquid.

I had moved some of my other investments to be liquid but, thank goodness, not into ARS at the time. No one in February said a word. When I asked how long they'd known, my broker said they themselves didn't know anything until late February.

So I believed them, thinking the situation was some kind of anomaly, but when I looked into it, I started to realize that most brokerage firms were aware and were actually buying back the ARS to keep it a secret that they weren't selling.

I hadn't understood that this was a product that had to be sold. What I though was happening was that they needed seven days for the company to free up the money and give you a cheque. I started looking on the Web and from there I got far more accurate information than from the brokers, and the more I went back to the Web, the more indepth answers I got.

At this point my broker at UBS came back and said they were working on a program to offer me a loan to cover 50% of the amount I had in the ARS. I haven't taken that loan; it can interfere with the mortgage process because they don't like you to take out additional loans if they're working on a mortgage. But that was supposed to be part of the down payment for my house.

For now, construction has been stopped and I'm just waiting to see what happens.

Three of the ARS are with Eaton Vance and they are saying that they'll be able to liquidate one or two of the ARS at 66% of the value sometime in the near future, perhaps this May, but since getting that news in April, I haven't heard anything more. They've actually named the funds they'll be liquidating and I happen to own one of those.

But I'm left in a bind right now. I'm in a wheelchair and a paraplegic. The whole point of building this house was so I could move about and have it more functional for my knees. Now, I'm just getting by.

Another thing they never disclosed to me was that if ever you default the interest rate on some of these was higher, and those with higher penalty rates are selling, while it's people with the lower penalty rate that are going to be stuck. It depends on the quality of your auction-rate securities; I'm somewhere in the middle.

My research tells me it could be a long time before any of this is resolved, and even if it is, I'm not sure all the money will be available. I have no solution for the moment.

I feel the brokers should be responsible enough since they presented the securities in a false light, and don't even deny knowing they did. They should have to ante up and give back to their clients, not just as a loan but buy them back.

It's a sad state to me that this can happen in this country; that brokers can outright lie and put people in such a bind, not just me but thousands others and in worse stories, I'm sure. I've heard of businesses going under because all their money was tied up in these, and the government isn't really stepping in to do anything."

Peggy is considering legal action at this point. "I'm not sure a class action will resolve anything," she says, "but I've heard that those who hired an attorney on their own are getting better results."

According to legal sources, brokerage houses can be forced, through arbitration, to return the money. Investors holding failed auction-rate securities who start a claim on file will find their case treated in order of receipt.