The Alere INRatio home monitoring system offered warfarin (Coumadin) users a convenient way to test their blood clotting rate without having to go the doctor’s office or a laboratory. Instead, they got an expensive, unreliable and potentially dangerous product. 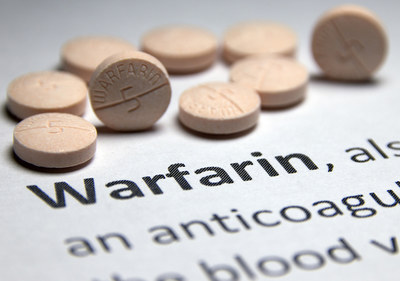 They want their money back.

Thousands of people who purchased the INRatio home monitoring system and test strips have joined a giant class action suit that will likely go to trial in March of 2018.

“People have spent thousands of dollars on this,” says Roland Tellis from the law firm of Baum Hedland Aristei Goldman in Los Angeles. “Some of our clients spent upwards of $3,000 on the system and the strips are not inexpensive. They cost a couple of hundred dollars a year. When you add it up, you’re talking about a large amount of money.”

The INRatio home monitoring system was manufactured by Alere, a giant pharmaceutical company that specializes in home based medical test kits.

In April 2014, Alere voluntarily removed the test strips from the market. Then in December 2014 the home monitoring system was also recalled after reports of thousands of faulty results.

Alere was unable to correct the problems.

The FDA identified the recall as a Class I recall, the most serious type of recall. According to the FDA the INRatio System may generate a rate lower than the rate that would have been generated by the same type of test conducted in a blood laboratory test.

Possible adverse events as a result of a false INRatio reading could include a stroke or an uncontrollable bleeding event.

More ALERE INRATIO RECALL News
“If people received an inaccurate INR rating and either took too much or too little of the blood thinner it could cause an event that was akin to a stroke. And so we know that folks have experienced serious injuries while using INRatio,” says Tellis.

The FDA warned that the faulty results could cause serious injury or death.

“This is an important case because if you think about it the alternative to doing a home test was to go into a lab and have your blood sample taken,” says Tellis. “So these were marketed as a convenience very much like a diabetic can tell their blood sugar levels at home. You have the convenience of doing this yet you are not told that the very product is designed to get you a reading that is defective.”