In response to plaintiffs' January motion to keep an Alere INRatio class action lawsuit alive, Alere recently pushed back with arguments that the court should dismiss the case. 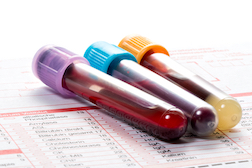 According to the complaint, Alere received more than 18,000 complaints between 2013 and 2014 about its INRatio System, including reports of serious injuries and deaths.

Alere in 2014 issued a Class I recall on its INRatio system products but allegedly failed to take necessary measures to inform all the patients relying on the inaccurate INRatio system for critical test results, according to the lawsuit petition.
In January 2017, Alere filed a motion to dismiss the class action, arguing that the plaintiffs, who reside in Arizona and Virginia, cannot assert their claims in Massachusetts federal court because they have no connection to Massachusetts. Alere attorneys also argued that the plaintiffs' other "one size fits all" state law claims were inadequate to make a case for Alere's liability.

More ALERE INRATIO RECALL News
Plaintiff attorneys then filed a motion in response nine days later, arguing that it's too early for a dismissal on choice of law and maintaining that the proposed class easily clears the "low hurdle" that makes the lawsuit possible to proceed as a class action.

Then Alere on February 3 filed another motion in support of its motion to dismiss the lawsuit and strike class allegations.

"Plaintiffs have failed to counter the numerous, on-point decisions dictating that where, as here, the complaint fails to specify which state’s law they intend to proceed under, such claims should be dismissed," according to Alere's motion to dismiss.

"There is no reason why the court and parties should have to reinvent the wheel anew, where numerous other courts have analyzed these claims and concluded that state-by-state variations preclude certification," according to Alere's motion to dismiss."

A hearing on the motion for dismissal is set for April 14.