An Alere lawsuit that had been proposed as a class action on behalf of litigants alleging injury from inaccurate readings from the INRatio blood monitoring device escaped trial when the parties involved agreed to a settlement at the eleventh hour. Briefings related to J.E. et al. v. Alere Inc. et al (Case No. 1:16-cv-11515, in the US District Court for the District of Massachusetts), and motions of dismissal put forward by Alere Inc. had been duly submitted, but the judge in the case had yet to rule on them when the settlement was announced. 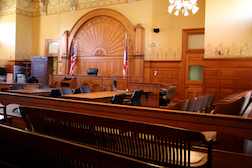 Thus, the INRatio lawsuit has been set aside by US District Judge F. Dennis Saylor IV.

Beyond the inaccurate blood monitoring lawsuit, there is little doubt the INRatio device – a home-based product used to monitor blood levels for a number of indications, including patients who are on blood thinners – was bedeviled with potential problems. According to court documents, Alere had issued a memorandum to users of the INRatio device in December, 2014 suggesting the INRatio system should be avoided by patients with specific medical conditions.

However, plaintiffs note there was no Alere recall until July, 2016 when the manufacturer recalled its INRatio and INRatio 2 PT/INR systems following a communication to the manufacturer from the US Food and Drug Administration (FDA) that in the regulator’s view, research conducted and submitted by Alere did not adequately demonstrate that the software was safe for all patients.

In October of last year, the FDA supported Alere’s recall as a Class 1 recall, which in FDA parlance is the most serious of FDA recall classifications, due to the possibility of injury stemming from incorrect test results.

That was the assertion of one of the Alere lawsuit plaintiffs, identified only as J.E. of Virginia, who claims to have suffered a mild stroke in August 2015. J.E. had been employing the Alere INRatio system, and discovered shortly after the stroke that readings from the INRatio device were much higher than those determined at a professional lab in the hospital.

Arizona plaintiff J.D. noted she had spent about $1,700 on the INRatio device, which she claimed was defective.

More ALERE INRATIO RECALL News
The two plaintiffs teamed up to lead a proposed class action lawsuit alleging the INRatio system to be defective. The plaintiffs also put forward accusations that Alere employed deceptive marketing tactics. Documents issued with the Alere lawsuit claimed there had been in excess of 18,000 complaints between 2013 and 2014.

Alere, which is headquartered in Massachusetts, countered that the INRatio lawsuit did not belong in Massachusetts as the two plaintiffs hailed from other states, and thus there was no connection to Massachusetts. Alere also held there were numerous factual inconsistencies and omissions in the plaintiffs’ case. The defendant moved to have the Alere lawsuit dismissed.

The plaintiffs shot back that the motion of dismissal was premature.

In the end, the parties settled before the proposed class action inaccurate blood monitoring lawsuit could move forward. Terms of the settlement were not disclosed.