A merger originally gone bad between two medical device manufacturers, since rescued, sheds some light into previous problems Alere Inc. has had with its measuring devices and, specifically the INRatio blood monitoring system. Various plaintiffs embroiled in an INRatio lawsuit allege the expensive monitoring device was inaccurate, flawed and not safe for all patients. 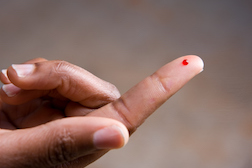 Alere found itself in some difficulty a few years ago with its INRatio and INRatio 2 PT/INR products – home-based measuring devices designed to monitor blood levels as an important function for patients who are on blood thinners. Warfarin (Coumadin), for example, has remained a go-to anticoagulant for some 50 years and is deemed effective with stringent blood monitoring. Such monitoring, however, is key to the effectiveness of warfarin and to the avoidance of bleeding events. Home-based units usually purchased at the patient’s own expense allows for the monitoring of blood levels in the comfort of a patient’s own home without the need to constantly travel to a medical lab, doctor’s office or other health care provider.

However, plaintiffs in many an inaccurate blood monitoring lawsuit have alleged they threw good money after bad on a machine that did not prove consistently accurate. Plaintiffs have alleged that samples also tested in professional medical labs have yielded dramatically different results.

Court documents reveal that Alere issued a communication to INRatio users in December, 2014 suggesting that the INRatio system should not be used by patients with specific medical conditions. However, 18 months later Alere triggered an INRatio recall of the INRatio and INRatio 2 PT/INR systems. That recall, according to court documents, was supported by the US Food and Drug Administration (FDA) four months later, in October 2016, through the issuance of a Class 1 recall – the most serious recall the FDA is capable of releasing.

The INRatio recall by Alere four months prior – in July, 2016 – followed a memorandum to the manufacturer by the FDA suggesting that in the regulator’s view, research conducted and submitted by Alere failed to adequately demonstrate that the software was safe for all patients.

A recent merger between Alere and Abbott Laboratories appears to reveal that Alere had been the subject of government scrutiny with regard to its overseas operations. In addition to the Alere recall of its INRatio and INRatio 2, a summary of the merger reported in The New York Times (04/14/17) revealed that Alere had disclosed weaknesses within its internal controls. It was also noted in the report that the [US] government had notified Arriva – a unit of Alere – that its Medicare enrollment would be revoked.

There continues to be speculation that the INRatio system may have had an impact on the clinical trial that served as the prerequisite to the approval of Xarelto, a latter-generation blood thinner that has been targeted by thousands of lawsuits for being allegedly unsafe. The INRatio system was used as part of a clinical trial comparing Coumadin with Xarelto, with results apparently showing that Xarelto was superior and carried increased safety over Coumadin (warfarin). However, allegations of inaccurate readings from the INRatio testing system triggered speculation that such results may have cast Xarelto in a more favorable light than what might have been otherwise expected had the INRatio results been more accurate.

More ALERE INRATIO RECALL News
The FDA has since studied the issue and determined any inaccuracies found were minimal and would not have adversely affected the clinical trial outcome. However, doubts remain.

In the end, the merger between Abbot and Alere will go through after various lawsuits filed by both companies against one another were settled. The deal is expected to close by the third quarter of this year.

Meanwhile an Alere lawsuit that had been proposed as a class action on behalf of litigants alleging injury from inaccurate readings from the INRatio blood monitoring device escaped trial when the parties involved agreed to a settlement at the eleventh hour. The case was J.E. et al. v. Alere Inc. Case No. 1:16-cv-11515, in the US District Court for the District of Massachusetts.