A new Alere lawsuit filed earlier this month in San Diego asserts that the allegedly failed Alere INRatio measuring device was approved through the issuance of a 510(k) Clearance by the US Food and Drug Administration (FDA). The problematic measuring system, comprised of test strips and a measuring device, were subject to an FDA-sanctioned Alere recall in 2014. Lawsuits are continuing to roll in. 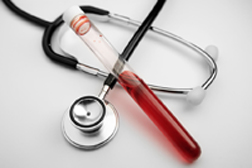 The Alere INRatio system was commonly used by warfarin patients prescribed Coumadin (warfarin) for stroke prevention. As individuals age, the formation of blood clots can be problematic and pose a serious stroke risk. Anticoagulants are prescribed to thin the blood in order to help ward against blood clot formation that could lead to a stroke. At the same time, a certain degree of clotting factor must be preserved in the event of a laceration, or occurrences of internal bleeding.

Coumadin (warfarin) has been widely-prescribed for some 50 years, and has been considered safe and effective for blood thinning provided careful monitoring of diet and international normalized ratio (INR) levels is routinely undertaken. The latter puts a serious strain on the health care industry, and has proven an inconvenience for patients having to constantly travel to clinics, or the offices of their health care providers, to facilitate frequent testing.

Home test kits were designed to help ease this burden for patients who could afford the cost. The Alere system, comprised of test strips and a monitoring device, allowed patients to conduct their own testing at home in order to maintain the strict monitoring required.

Problems began to emerge in 2014,when Alere triggered an Alere recall of INRatio2 PT/INR test strips in April of that year following “nine serious adverse event reports, three of which described bleeding associated with patient deaths,” according to the recall notice issued by Alere Inc. at the time.

Eight months later, in December of 2014 the manufacturer issued an Alere recall of the INRatio Monitoring System – a recall that was supported by the FDA through a Class 1 recall, the most serious recall available to the regulator. In a statistically significant number of cases, the INRatio system was providing inaccurate readings. In sum, INR levels that were deemed within a safe and acceptable range for Coumadin patients by the Alere INRatio system were in actual fact significantly higher when those same specimens were analyzed through a medical laboratory. Given the importance for accuracy when using warfarin (Coumadin) for blood thinning, such a discrepancy had the potential to put the lives of Coumadin patients in danger.

Now it has been revealed, as many an Alere INRatio lawsuit will assert, that the Alere INRatio2 PT/NR Monitoring System was approved through the issuance of an FDA 510(k) Clearance, based upon substantial equivalency to an existing device on the market. Under such qualification, a manufacturer is not required to put the proposed device through the same rigorous testing and clinical trial process that a new device is required to undergo as a prerequisite for approval.

The law firm of Baum, Hedlund, Aristei & Goldman, which is leading the most recent inaccurate blood monitoring lawsuit filed March 2, notes that substantial equivalency is founded upon the premise that the new, or updated device carries the same intended use as a current device, together with the sharing of technological characteristics.

More ALERE INRATIO RECALL News
But there also appears to be a loophole within a loophole, in that a proposed device that fails to share the exact same technological characteristics of a predecessor can still achieve approval if the proposed device does not raise new questions of safety and effectiveness, and is deemed to be at least as safe, and effective, as an existing device.

In sum – or so it is alleged – the Alere INRatio system was not adequately tested.

The lawsuit asserts Alere knew as far back as 2002 that there were problems emerging with its INRatio 2 system. It is further alleged that Alere Inc. received in excess of 18,000 consumer complaints over a 12-year period between 2002 and 2014, the year of the Alere recall.