Negligence allegations against Janssen Pharmaceuticals, Johnson & Johnson and Bayer AG may have fizzled somewhat. Two recent issues do not bode well for plaintiffs filing Alere INRatio lawsuits. The FDA recently announced that the Alere INRatio anti-coagulation monitoring device had no substantial effect on the outcome of the ROCKET-AF trial and in turn did not significantly favor Xarelto as earlier suspected, and a California Alere class action suit in September was dismissed. 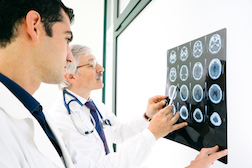 On its website the FDA concluded that “Xarelto is a safe and effective alternative to warfarin in patients with atrial fibrillation,” which is a complete turn-around from the agency’s comments last year. It originally said that the “faulty device” –the Alere INRatio Monitor System-- had the “potential to generate inaccurate results," and as such, was part of a class 1 recall by the FDA at that time.

In a statement to Medscape Medical News Bayer and Janssen said the companies are "pleased to see that the FDA's reanalysis of the ROCKET-AF trial data confirms that the benefit-risk profile of Xarelto remains positive."

And another point for Alere comes from a reanalysis of trial data published in The New England Journal of Medicine (February) that agreed with the FDA, saying "the FDA findings are entirely consistent with what the Steering Committee found and published in the letters to the NEJM."

But some patients may not agree with these conclusions. Colin (not his real name) doesn’t think of his “mini stroke” as insignificant. “I believe this stroke was caused by the wrong information from my Alere INRatio machine,” he says. “I have been going to the lab since 2012 to get my INR taken and it was getting monotonous. So I decided to take my own reading at home using the Alere INRatio home monitor. It showed that I didn’t need to take Warfarin that day—the day I had the stroke.” But a reduction in Warfarin can lead to transient ischemic attacks or TIA. “I was quite upset to find out from my hematologist that the results could be skewed, and not from the manufacturer.”
Colin eventually received a letter from Alere notifying him of the INRatio Monitor recall. “They instructed me to return it back to them; then I got a new machine called the Roche Coagucheck monitor,” he explains. And he hasn’t received a reimbursement.

More ALERE INRATIO RECALL News
In their class action lawsuit which was dismissed in September, plaintiffs Dina Andren and Sidney Bludman claimed that false readings from the INRatio home testing devices caused them to change the dosage of their blood thinner medication, which contributed to their mini-strokes. A California federal judge dismissed their lawsuit because they lacked factual support for their material misrepresentation and fraudulent omission claims against Alere. But Judge Gonzalo P. Curiel of the Southern District of California granted them leave to file an amended complaint. (Dina Andren, et al. v. Alere, Inc., et al., No. 16-1255, S.D. Calif.; 2016 U.S. Dist. LEXIS 124252).

In their lawsuit, Andren said she checked her blood and the meter showed she didn’t need to take blood thinner. That same day she suffered a stroke. Bludman also claimed to have a mini-stroke after reducing his Warfarin dosage based on his INRatio test results.

It will be interesting to see what the New Year brings for Alere—stay tuned.