Did Sanofi-Aventis Have a Duty to Warn Patients about Permanent Hair Loss?

As the litigation shakes out, that question is at the heart of Taxotere hair loss suits now pending in federal courts in Louisiana and other jurisdictions. But whether Sanofi-Aventis had a duty to warn patients is more complicated than it might appear. It requires courts to define what responsibility pharmaceutical companies have to the patients who look to them for a cure. 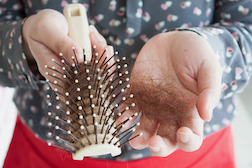 Some women who suffer from breast cancer and who undergo chemotherapy with Taxotere have experienced not just temporary, but permanent hair loss, otherwise known as Taxotere alopecia. The hair never grows back. Other drugs, like Taxol, apparently work as well, but more slowly and without the danger of permanent baldness. This risk was thoroughly disclosed in the EU and Canada, but not in the U.S until much later.

As early as 2009, European labeling for Taxotere warned of cases of permanent alopecia. Estimates ranged between 6 to 15 percent of patients. The TAX 316 and GEICAM 9805 trials, in particular, revealed disturbing data. The first study showed that 3.9 percent of participants still suffered from alopecia at the end of the study’s 8 year follow-up period. In the GEICAM 9850 study, roughly 9.2 percent of patients still struggled with ongoing alopecia during the 10-year follow-up period.

These clinical trials suggest that Taxotere presented a higher-than-normal risk of persistent alopecia compared to any other chemotherapy drugs. Nonetheless, Sanofi-Aventis chose to omit a permanent alopecia warning from Taxotere’s U.S. label until December 2015, even while releasing such warnings in Europe and Canada.

More TAXOTERE HAIR LOSS News
Why didn’t U.S. patients have the same heads-up? Does American law require drug companies to disclose side effects that may affect .01 percent of patients, or .10 percent or 10 percent of patients? And what kinds of risks need to be disclosed? What is a serious one? Is a clean top serious for women? Is it just a matter of what the market will bear? The fact that Sanofi-Aventis disclosed the risk in labelling in other jurisdictions is a powerful argument that it should have done so for American patients, as well.

These are the issues with which the litigation will deal. The standard for defining the duty of care owed by a manufacturer to a consumer is largely a matter of state law. That is why it is important where the early litigation in a product liability suit happens.