Were you looking for Taxotere Hair Loss lawsuits?

Send your Taxotere Hair Loss claim to a lawyer who will review your claim at NO COST or obligation.
GET LEGAL HELP NOW

Taxotere Usage and Side Effects 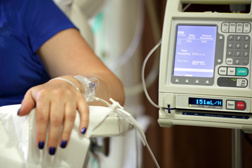 The FDA first approved Taxotere in 1996 to treat metastatic and adjuvant breast cancer. Of approximately 2.8 million American women with a history of breast cancer, about 75 percent (more than 2 million women) were prescribed Taxotere to treat their symptoms. Breast cancer is the most common form of cancer in American women, with 183,000 new cases diagnosed each year, and nearly 45,000 subjects die.

The chemo drug can also be prescribed to treat prostate cancer, non-small cell lung cancer, advanced stomach cancer and head and neck cancer. Taxotere (other brand names are Docefrez, and Docetaxel Injection) works by interfering with the growth and spread of cancer cells in the body.

In April 2009 the FDA issued a warning letter for a reprint carrier citing a study in the Journal of Oncology, which compared the efficacy of Taxotere and Taxol (brand name for paclitaxel) in treating breast cancer. The agency warned Sanofi of the following:


In a 2010 press release, Sanofi-Aventis reported that Taxotere has been used worldwide to treat more than 1.5 million patients, 100,000 of whom were participants in clinical trials. Five years later, the FDA issued another warning that "Cases of permanent alopecia have been reported". Before the FDA's update in 2015, the Taxotere label stated that hair generally grows back"after completing treatment. But Sanofi's studies indicated that 3 percent of patients experienced persistent or permanent hair loss.

2006: A study by Dr. Scot Sedlacek at the Rocky Mountain Cancer Centers in Colorado found that 6.3 percent of breast cancer patients grew back less than 50 percent of their hair after they were given Taxotere in combination with Adriamycin (docorubicin) and Cytoxan (cyclophosphamide). The study concluded: "uch an emotionally devastating long-term toxicity from this combination must be taken into account when deciding on adjuvant chemotherapy programs in women who likely will be cured of their breast cancer."

2010: A study by the Journal of the American Academy of Dermatology warned about "an increasing number of reports of permanent chemotherapy-induced alopecia,"and blamed Taxotere for some of the cases.

2013: A study published by the National Cancer Research Institute found permanent hair loss as a side effect in 10-15 percent of patients who took Taxotere. 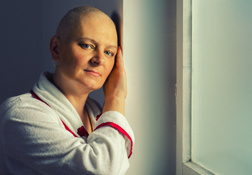 Taxotere chemotherapy patients claim that Sanofi-Aventis failed to warn about the risk of permanent baldness, and in doing so, patients were deprived of making an informed decision to choose other chemotherapy drugs, just as effective as Taxotere, without the risk of alopecia. Women in particular who are living with this avoidable condition feel like they are still having to fight cancer.

According to the UK's Mirror.co (Nov 2015), Sanofi said the following: "Hair loss can affect some patients taking anti-cancer medications such as Taxotere. All clinicians are required to discuss the benefits and risks of any treatments with their patients. If any cancer patient has any concerns about hair loss they should discuss it with their clinician." One breast cancer survivor, whose hair didn't grow back six months after receiving Taxotere, told The Mirror that she would "rather have lost my breast than lost my hair."

A Taxotere lawsuit was filed against Sanofi-Aventis in the U.S. District Court for the Northern District of Ohio. Hattie Carson, who was diagnosed with breast cancer in 2004 and underwent chemotherapy with Taxotere, claims that it caused her permanent baldness and the manufacturer failed to adequately warn female breast cancer patients and doctors about the risk of permanent baldness from Taxotere. Carson's lawsuit states that, "Although alopecia is a common side effect related to chemotherapy drugs, permanent alopecia is not. Defendants, through its publications and marketing material, misled Plaintiff, the public, and the medical community to believe that, as with other chemotherapy drugs that cause alopecia, patients' hair would grow back."

Carson further claims that Sanofi-Aventis warned doctors and patients in Europe in 2005 and in Canada in 2012 about the risks of permanent hair loss from Taxotere side effects, but failed to provide such warnings to the U.S. patients and doctors until January 2016. (The FDA issued a warningin December 2015). Sanofi-Aventis is a French multinational pharmaceutical company based in France.

If you or a loved one has suffered similar damages or injuries, please click the link below and your complaint will be sent to a personal injury lawyer who may evaluate your claim at no cost or obligation.
Please click here for a free evaluation of your Taxotere Hair Loss claim
Last updated on Apr-27-20

Washington, DC: It’s there – like a sub audible hum – underneath Sanofi-Aventis’s decision not to disclose the risk of permanent Taxotere hair loss. It will certainly be there, underpinning the drug manufacturer’s offers to settle the lawsuits according to National Trial Lawyers. The effort to minimize the harm that Taxotere alopecia does to breast cancer survivors, though rarely said aloud, goes a lot like this:READ MORE
Court Order Means Potential Taxotere Plaintiffs Should Act ASAP

New Orleans, LA: On September 7, 2017, the judge overseeing the multidistrict Taxotere hair loss litigation (MDL) issued a pre-trial order that compels attorneys to submit information about all pending and anticipated Taxotere lawsuits. The goal is to bring as many plaintiffs as possible into any settlement reached.
READ MORE
Did Sanofi-Aventis Have a Duty to Warn Patients about Permanent Hair Loss?

Santa Clara, CA: As the litigation shakes out, that question is at the heart of Taxotere hair loss suits now pending in federal courts in Louisiana and other jurisdictions. But whether Sanofi-Aventis had a duty to warn patients is more complicated than it might appear. It requires courts to define what responsibility pharmaceutical companies have to the patients who look to them for a cure.
READ MORE

Posted by
Carole Beaver
on May 30, 2017
Fortunately, the day before my first treatment, I decided to go with the cold caps and only lost 60% of my hair and now have receding hairline but healthy hair. My reaction to the drug was immediate. I developed a seratoma, which turned into a hematoma on my back, rash all over my trunk, extreme water retention, muscle and joint pain, my breast developed a seratoma which I had drained and than had to undergo surgery for and I just had eye duct surgery for stent placement because my ducts were scared closed completely. I continually complained about burning in my urethra and hope I don't develop incontinence problems there. This was all with only 2 treatments. My Plastic surgeon stepped in and had my oncologist stop treatment for 6 weeks because he felt drug was killing me than changed to CMF treatment. Prior to taxotere I had healed perfectly from stage 1 surgery.
Posted by
Sherri Pfeiffer
on October 24, 2016
1991 I had brain surgery,radiation and chemotherapy and still have no hair growth in the back of my head. Can not wear my hair down. ???? Help !
Thank you !
Posted by
Mary kennedy
on October 12, 2016
I really thought i was alone in this suffering. I had stage 4 uterine cancer, l lost all of my hair, eye brows, lashes, i was recently diagnosed at johns hopkins hospital with a tear duct condition, they said was the result of my chemo drug taxatere. I had a procedure done earlier this summer, where they put tubes and stints in my lower lids to release the fluid behind my eyes, which causes me much pressure, and a lot of grief. I am unable to do certain things because of the water coming from my eyes, like driving, reading, sewing all of which i love to do, and now the combination of all of these conditions have caused me much anxiety, my life as i knew it is over, i am a very independant person,and now i 'm unable to do things i want and have to do. When my hair grew back, , it came in very thin with large bald spots. I still have horrible spasms in my back, legs, and feet. I have been and am still reminded daily of this cancer, every day for the last 9 years, this coming december. I am a single woman, and have lost attractiveness, not feeling very confident to pursue an intimate relationship.
Posted by
Janice Vincent
on September 7, 2016
Had taxotere in 2012 for breast cancer, lost all my hair, grew back but much thinner with a receding hair line. I had severe joint and muscle pain during the treatment. This pain has continued for 4 years from mild to severe at times. My shoulders, arms, legs, ankles and feet were the worst. I was diagnosed with torn rotator cuffs about a year after my treatment. Then I developed plantar fasciitis in both feet. Was not offered an alternative to taxotere, understood this to be part of the protocol for my breast cancer.
Posted by
Dawn garcia
on August 12, 2016
I did not have breast cancer but I had uterine cancer I was treated with the same chemical they used for breast cancer my hair grew back but left with big bald spots it's been over a year and still hasn't grown back I've had body aches muscle spasms vision is bad chemo brain it's very devastating how much I've aged 15 years knocked off my life
Posted by
Laura Balcita
on March 14, 2016
I had chemotherapy.went bald...not all my hair returned..I now have joint pain, muscle aches,..fluid retention weight gain.I also suffer from chemo brain.My muscles hurt. Due to the body shock of cancer chemo radiation you body developed fibromyalgia which I suffer from also. Please help me.