Signs of Movement in the Taxotere Litigation Process

Allegations that hundreds of American women experienced permanent hair loss as a result of using the breast cancer treatment drug Taxotere (Docetaxel) are about to be tested in court in a bellwether trial slated for next fall. 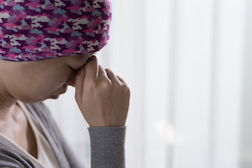 The court proceedings will begin on September 24, 2018 in the Eastern District of Louisiana. Bellwether cases are held to provide parties with some expectation of the outcome in situations where there are a large number of related lawsuits that have been consolidated in MDLs. Examination for discovery is conducted a single judge to promote speed and efficiency of resolution with several cases being singled out for individual trials.

There are approximately 1,272 lawsuits that have been filed against Sanofi-Aventis related to alopecia (permanent hair loss) in breast cancer patients that are currently pending.

Taxotere is one of the Taxane variety of drugs developed from the yew tree and used in a variety of chemotherapies. It works by preventing cancer cells from dividing. The manufacturer, Sanofi-Aventis first obtained approval for Taxotere as a treatment for breast cancer in 1996.

The Allegations center around the claim by plaintiffs that Sanofi (as it is now known) promoted Taxotere as more effective than a competing drug known as Taxol.

Had Taxotere been the only option the women had perhaps they would have accepted the hair loss risk. However a 2008 New England Journal of Medicine study showed that Taxol was as effective as or more effective than Taxotere.

More TAXOTERE HAIR LOSS News
“This is not true for many women,” adds Dr. Malik. “The injured women claim that if they had been warned about this risk, they would have chosen other breast cancer treatments that have been shown to be just as effective, yet do not carry the same permanent hair loss problems.”

Among those cases involved in the MDL is the case of Ami Dodson from California. In March, in an exclusive interview with her attorney Anna Dubrovsky from the Anna Dubrosky Law Firm in San Francisco Dubrovsky said her client’s statement of claim alleges it, “misled the plaintiff, the public and medical community to believe that, as with other chemotherapy drugs that cause alopecia (hair loss) the patients hair would grow back”.

“The outcome of the bellwether trial will be closely watched,” says Dr. Malik who currently represents some of the women involved in the Taxotere case.