Were you looking for UBS AG lawsuits?

Send your UBS Closed End Funds claim to a lawyer who will review your claim at NO COST or obligation.
GET LEGAL HELP NOW 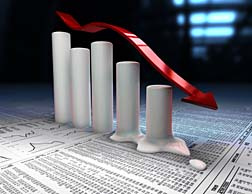 Since 2000, however, the Puerto Rico government has run at a deficit whereby government expenditures have continued to outpace revenues. As a result, the deficit reportedly reached a record $3.306 billion. Additionally, as of June 2010, the unfunded public employees' retirement accounts were reported to have a shortfall of approximately $25 billion.

These events have called into question the creditworthiness of the Puerto Rico government, and as a result, the prices of some of the Puerto Rico bonds have dropped. Unfortunately, for purchasers of Puerto Rico closed-end funds that were invested in these bonds, the value of their investment has declined dramatically and many investors may have lost most of their retirement savings.

Additionally, as investors in PR closed-end funds have needed to withdraw money from their accounts for personal reasons, they have allegedly been advised to borrow money from UBS and other brokerage firms rather than selling shares of their UBS Puerto Rico funds. Such advice was risky because if the funds lost value, the investors would have lost even more than if they had just sold some of their PR fund shares. Given that the funds have lost value, some investors who did borrow from a brokerage firm have lost almost all of their investments. Some investors who borrowed money from credit lines offered by brokerage firms have reportedly received margin calls and even had their UBS Puerto Rico fund shares liquidated. Some have even ended up owing money to the brokerage firms.

The following Puerto Rico closed-end funds are included in the UBS securities lawsuit: 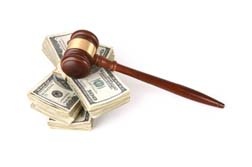 This is not the first time UBS PR securities have been accused of fraud. In 2012, the US Securities and Exchange Commission (SEC) accused UBS PR and two executives of fraud for actions related to closed-end funds. The SEC alleged the defendants made "misrepresentations and omissions of material facts to numerous retail customers in Puerto Rico" regarding the liquidity and pricing of CEFs. UBS settled the lawsuit for $26.6 million, but did not admit to any wrongdoing. The two executives denied the SEC's allegations, according to Bloomberg (4/4/12).

As investors watch and wonder what else can happen with the Puerto Rico closed-end funds, at least one lawsuit has been filed against the government of Puerto Rico. Meanwhile, experts warn that 2014 could be a bad year for investors, who have already reportedly lost a lot of money in the collapse of the Puerto Rico funds.READ MORE
UBS Puerto Rico Closed-End Funds Lose $1.66 Billion Last Year

The numbers are in and it gives pause to consider the motivation of those considering a UBS Puerto-Rico Closed-End Funds lawsuit: the funds lost a total of $1.66 billion in the first nine months of 2013.READ MORE
UBS Puerto Rico Investors Look to 2014

Investors who lost money in UBS Puerto Rico closed-end funds likely hope that 2014 will be a better year than 2013. Thanks to the closed-end funds losing 16 percent or more in 2013, many investors are reportedly out a lot of money, with some investigating possible litigation or arbitration claims. Although UBS has offered to buy back shares of the UBS Puerto Rico funds, allegations have still been raised that the funds were marketed as being safer and less risky than they were.READ MORE