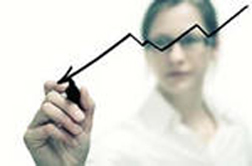 The closed-end funds were reportedly invested heavily in municipal bonds issued either by the Puerto Rico government or Puerto Rico government entities. The funds were allegedly internally leveraged, and when the bonds owned by the funds experienced losses, the closed-end funds themselves also experienced heavy losses. Funds that were reportedly worth more than $8.00 a share at one point are now reportedly worth less than $4.00 a share.

Making the situation worse for some investors is that some brokers allegedly advised investors looking to withdraw money from their accounts for personal reasons, to borrow money from an account - or link a line of credit to an account - in which those funds were held, rather than selling their shares of UBS funds. In such a case, the investors may have lost even more money than if they had simply sold the shares in the first place.

Meanwhile, UBS has said it will buy back some shares of its Puerto Rico bond funds, but only those that are completely managed by UBS. According to Venture Capital Post (12/6/13), UBS will offer to buy back shares at either net-asset value or lower. The report notes that as of November 20, 2013, shares of the Puerto Rico Fixed Income Fund had a value of $3.65, less than half the $10 value a UBS prospectus showed in July 2003.

More UBS CLOSED END FUNDS News
Some investors are now investigating Financial Industry Regulatory Authority (FINRA) arbitration concerning certain UBS Puerto Rico closed-end funds. They allege that they were told the funds were safe and reliable, when in fact they were not. Furthermore, some investors allege their financial advisors sold them an investment that was unsuitable for them, given their risk tolerance, age and income. Furthermore, it is possible that some brokers recommended an over-concentration in certain UBS Puerto Rico funds, meaning investors had too much of their money in the funds, putting them at risk for even bigger losses.

In such cases, if the financial advisor made investment recommendations that were not suitable for the investor, or if he or she recommended too much money be invested in the Puerto Rico funds, the investor may be able to file a FINRA arbitration claim against the advisor.

If you or a loved one have suffered losses in this case, please click the link below and your complaint will be sent to a securities fraud lawyer who may evaluate your UBS Closed End Funds claim at no cost or obligation.
Request Legal Help Now