Were you looking for Wyeth, Amiodarone lawsuits?
Numerous adverse side effects may occur as a result of taking the heart drug amiodarone (brand name Cordarone), including rhabdomyolysis . Patients taking the cholesterol-lowering drug simvastatin in doses of 20 milligrams a day or higher who are also taking amiodarone are at even higher risk of rhabdomyolysis. The FDA continues to receive reports of patients on the amiodarone and simvastatin combination that develop this form of skeletal muscle injury, which can lead to amiodarone kidney failure or death.

Send your Amiodarone and Simvastatin claim to a lawyer who will review your claim at NO COST or obligation.
GET LEGAL HELP NOW

For the time period 11/1/97-10/21/02, the FDA Medwatch reported over 3,900 adverse events associated with amiodarone, including 452 deaths. (According to Medwatch, 1-10 percent of side effects are reported, so it concludes that 4,520 people have died as a result of taking Amiodarone in that 5 year period alone). The vast majority of these reports involve side effects serious enough to require hospitalization. Others involve blindness or permanent damage to lungs, liver, thyroid or the nervous system. Causes of death include: Respiratory failure due to lung damage, liver failure, kidney failure, failure of multiple organs (e.g. lung, liver and kidney), congestive heart failure, heart arrhythmias (including sinus arrest, ventricular tachycardia, cardiogenic shock, and torsades de pointes), stroke and bone marrow depression. 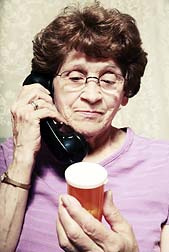 Amiodarone is routinely prescribed for atrial fibrillation and other common heart conditions, but the FDA only approved amiodarone for more severe disorders, called ventricular arrhythmias, and then only as a treatment of last resort. In August 2008 the FDA notified healthcare professionals of the risk of rhabdomyolysis, which can lead to kidney failure or death, when simvastatin is used with amiodarone.

A class action lawsuit has been filed against Wyeth and several other makers of the highly toxic heart drug on behalf of patients and their families. (Amiodarone is sold by several generic manufacturers, as well as under another brand name, Pacerone.) The suit alleges that there has been a scheme by drug makers for the past 20 years to pressure physicians to prescribe the drug for unapproved uses while concealing and downplaying its risks. The suit further claims that amiodarone continued to be prescribed to millions of patients nationwide without the detailed consumer warnings issued by the FDA.

The class action lawsuit filed in New Jersey accuses drug makers of promoting amiodarone for common heart ailments in an effort to boost profits. The suit claims that more than 1,000 people died, 100 had vision problems and thousands of others suffered severe medical complications.

Although amiodarone was approved in Europe and Canada and was commonly used in the 1980s, the FDA was reluctant to officially approve the use of amiodarone, since initial reports had shown increased incidence of serious pulmonary side effects of the drug. The FDA recognized that it was a dangerous drug and told doctors to be careful about its use.

In December 1985, amiodarone was approved by the FDA for the treatment of arrhythmias, allegedly due to threats from the European pharmaceutical companies to cut the supply to American physicians if it were not approved, therefore amiodarone was approved by the FDA without rigorous randomized clinical trials. Amiodarone has been approved for problems with the ventricles (large pumping chambers) of the heart, but not for fibrillation (quivering) of the atria (small chambers of the heart). Doctors often prescribe this highly toxic heart drug off-label, however.

The American Journal of Cardiology (January 1, 2003) reported that the number of prescriptions for class III antiarrhythmics more than doubled between 1995 and 2000, due primarily to an increase in the number of prescriptions for amiodarone. But the authors of the report stated that some clinicians may be prescribing antiarrhythmics for ischemic or hypertensive heart disease, a practice for which there is no clear clinical trial evidence. According to the Miami Herald, 82 percent of all amiodarone prescriptions written in the US in the 12-month period ending July 31, 2003 were for atrial fibrillation and other off-label indications.

In October 2003, the FDA asked Wyeth to issue an advisory on amiodarone, concerning its toxicity and off-label use. But millions of prescriptions were filled before the drug company warned of its many risks and symptoms of fatal side effects.

In January 2005 the FDA and Wyeth finally sent out "Dear Doctor" and "Dear Pharmacist" letters notifying recipients that a new medication guide must be dispensed with every prescription for amiodarone hydrochloride (Cordarone and generic equivalents). The guide states that the most important information for patients is that "[ Cordarone] Tablets can cause serious side effects that can lead to death including: Simvastatin

Simvastatin, a medication (statin) for lowering cholesterol, is often prescribed for treating coronary heart disease and reducing heart attack risk. In conjunction with amiodarone, simvastatin side effects include life-threatening rhabdomyolysis. Other side effects include: The American Heart Association recommends that people who develop symptoms or signs of rhabdomyolysis (dark, cola-colored urine, usually with muscle aches, pain and weakness) should stop taking statin drugs in general and contact their health care provider immediately.

Register your Amiodarone Case If you feel you qualify for damages or remedies that might be awarded in this class action please click the link below to submit your complaint.

If you or a loved one has suffered damages in this case, please click the link below to send your complaint to a lawyer to evaluate your claim at no cost or obligation.
Please click here for a free evaluation of your Amiodarone and Simvastatin claim
Last updated on Mar-10-16

The US Food and Drug Administration (FDA) has announced a change in the safety label for simvastatin (sold under the brand-name Zocor) because high-dose simvastatin has been linked to an increased risk of myopathy. The FDA recommends that 80 mg simvastatin, the highest dose approved by the FDA, only be used in patients who have already taken the dose for 12 months or more and have not developed muscle toxicity. Furthermore, the 80 mg simvastatin dose should not be prescribed to new patients.READ MORE
Scientists Discover Previously Unknown Simvastatin Effect

Scientists at the Masonic Medical Research Laboratory in Utica, New York, recently discovered a potential benefit of simvastatin in suppressing the occurrence of some forms of abnormal heart rhythms, reports WKTV, a local NBC affiliate.READ MORE
Amiodarone or Multaq: Where Should Patients Turn?

Posted by
Idaho
on July 30, 2012
Profound weakness, unable to stand. Unable to breath without high levels of O2. Liver cirosis.
Posted by
California
on December 16, 2011
I believe my mother should not have been put on this drug. She had non-life-threatening atrial fib, and no one was monitoring her lung function.
Posted by
Illinois
on October 23, 2011
My liver was diagnosed with chirrosis caused by Amiodarone toxicity requirering a transplant. My lung function has been compromised, kidney damage and thyroid dysfunction with several nodules.
Posted by
California
on January 14, 2011
I have been subject to multiple MRI's, blood tests, nerve tests, x-rays and have undergone significant financial troubles in an attempt to understand why I'm experiencing "total body numbness," which has recently turned into full-body-paralysis, as evidenced by multiple trips to the emergency room. The pain, over the last year, has been unbearable, and doctors are now saying it's as a result of Simvastatin use.
Posted by
Illinois
on August 24, 2008
This is in honor of my deceased father. He slowly deteriorated, after these drugs were administered to him. He lost any muscle mass that he had, causing him to get weaker, until he died. He never gained the strength; not even the weight he originally entered the hospital with.