Zyprexa Suicide: Now You May Have to Watch Your Children

In what may be one of the more astounding moves of the year, a U.S. Food and Drug Administration official has overruled his colleagues and will recommend Zyprexa be approved for the treatment of adolescents diagnosed with mental illness. The move comes despite evidence that Zyprexa has been linked to [Suicides], diabetes, weight gain and pancreatitis.

Initially a three-member FDA team recommended Zyprexa be rejected for use in adolescents because they received inconsistent data from studies conducted on teens in the U.S. and Russia. However, Thomas Laughren, who is the head of the FDA's psychiatry division, has overruled that recommendation. 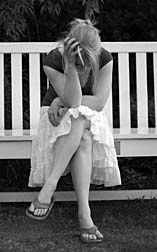 A study, published in the October 2007 edition of [The American Journal of Psychiatry] has found that Zyprexa effectively treated bipolar mania in adolescent patients. However, the study also found that patients treated with Zyprexa, "had significantly greater weight gain and increases in the levels of hepatic enzymes, prolactin, fasting glucose, fasting total cholesterol, and uric acid." Furthermore, the lead author of the study was Maricio Tohen, a professor of psychiatry at Harvard and an Eli Lilly employee.

Participants who took Zyprexa in the study, which occurred over only three weeks, gained an average of eight pounds. That's eight pounds in only three weeks, an incredibly short time to gain that amount of weight. Three weeks is certainly not long enough to determine what the risk of suicide is in adolescents who take Zyprexa.

Zyprexa had $4.4 billion in global sales in 2006 and is Eli Lilly and Co.'s best-selling drug.

More News
Exactly what effect the potential approval will have on the suicide rate of teens is not known. After all, Lilly has already been in trouble for promoting Zyprexa for off-label uses and although Zyprexa is not currently approved for use in adolescents, many doctors still prescribe if off-label. This is not illegal, but it certainly is questionable in light of the consequences some adults have faced after taking Zyprexa.

Pre-marketing clinical trials showed that Zyprexa had a higher rate of suicide than any other antipsychotic. According to Zyprexa's label, suicide is an infrequent (but not rare) side effect. Infrequent adverse events occur in between 1/100 and 1/1000 patients. Zyprexa is currently approved to treat symptoms of schizophrenia and acute bipolar mania in adults.

Given all the serious side-effects reported in Zyprexa - weight gain, pancreatitis and risk of suicide to name a few - should we really be giving youth this drug without having a better understanding of how it works? Since Zyprexa has been linked to an increased risk of suicide attempts in adults, shouldn't we understand that risk better before we give it to youth?
READ ABOUT THIS LAWSUIT