Zyprexa: Eli Lilly could be Tagged with $1 Billion Dollar Fine

A four-year investigation into the marketing practices of
Zyprexa may result in manufacturer Eli Lilly paying $1 billion in fines to federal and state governments.

At issue are unscrupulous marketing initiatives Eli Lilly publicly denies but which appear in company documents, targeting doctors with regard to the use of Zyprexa off-label. While the drug was only approved in the United States to treat severe bipolar disorder and schizophrenia, company documents show that Lilly encouraged doctors to prescribe Zyprexa to patients with age-related dementia, as well as individuals with mild bipolar disorder who had previously had a diagnosis of depression.

Zyprexa is a powerful drug favored by psychiatrists to treat patients with severe mental illness. Doctors find it works better than other medications to calm patients who are psychotic, and hallucinating.

The drug also has a history of severe side effects. Zyprexa has been linked to diabetes by the American Diabetes Association, and has fostered severe weight gain in patients. Eli Lilly has already forked out $1.2 billion to settle some 30,000 lawsuits filed by patients who claimed Zyprexa was the cause for their diabetes, or other maladies. 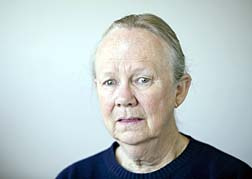 While doctors have always had the authority to prescribe drugs off-label as they see fit, it is illegal for drug companies to market drugs for any other purpose, other than for what they were approved.

According to a story appearing today in the New York Times, Lilly maintains that it has always followed federal and state laws when promoting Zyprexa. However, internal Eli Lilly documents that were recently under federal court seal show that in 2000 Lilly unveiled a marketing campaign known as 'Viva Zyprexa.' Sales reps were directed to suggest to doctors that they prescribe Zyprexa to older patients with symptoms of dementia.

Lilly is also facing a civil trial scheduled for March in Anchorage Alaska, in a lawsuit brought by the State of Alaska to recover State funds spent on Zyprexa prescriptions.
Federal prosecutors in Philadelphia are leading the talks, which began back in the fall, and at the time it appeared that Lilly would be facing a fine representing an amount less than the $1 billion it now likely faces. At the time, the case only involved a civil complaint.

However that all changed when Justice Department lawyers in Washington requested a grand jury investigation to determine if a criminal charge might be warranted in view of Lilly's marketing activities.

Facing the prospect of both civil and criminal charges, Lilly opened new discussions, and could face a fine of at least $1 billion, and possibly more.

More News
Zyprexa has been a cash cow for Eli Lilly since it first came on the market. In spite of a decline in prescriptions since 2003, Zyprexa remains a sales leader with $4.8 billion in global sales for 2007, half of that generated within the US. Zyprexa is Lilly's top performer, and among the world's leading sellers, in spite of a drop in units sold. Part of the reason why Lilly is still making a bundle off Zyprexa, is a 40 per cent price hike that has effectively stemmed any loss in prescription volume.

And in spite of the fines, whatever the outcome, Lilly will still be allowed to vend Zyprexa through Medicaid and Medicare.

The fine, if approved, would be the largest ever paid by a drug manufacturer for breaking federal laws that govern how drug companies market their products.