LAWSUITS NEWS & LEGAL INFORMATION
Home Page >> News Articles >> Zyprexa: Suicide can be a Side Effect of..

Zyprexa: Suicide can be a Side Effect of Drugs

The news is getting harder and harder to ignore. More drugs are being linked to an increased risk of violence and suicide. While some people would argue that, at least in the case of Zyprexa, it is the underlying condition of the patient that increases the risk of suicide, there are more drugs being linked to this risk, making it more difficult to deny that medications can cause people to commit suicidal acts.

LawyersandSettlements.com is still receiving complaints from patients who took Zyprexa that they experienced suicidal ideation while taking the drug. Furthermore, family members who have had loved ones commit suicide while taking Zyprexa are also writing to the website with their stories. They are often shocked, saddened and confused that a drug that was supposed to help may have caused a lot of grief. 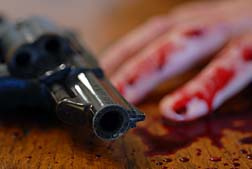 In 2006, the FDA announced that antidepressants such as Lexapro, Zoloft, Prozac and Paxil increased the risk of suicidal thoughts in patients 18-24 years of age. A warning label was added to some of the drugs to include the risk of suicide in patients who take those drugs. The class of drugs, known as SSRIs, has been linked to a risk of suicide and depression. If these drugs are capable of causing suicidal thoughts and actions, then could Zyprexa not also carry such a risk? Why is it such a stretch to believe that a drug like Zyprexa could possibly cause suicidal ideation, especially when SSRIs now carry a warning about that risk?

But it is. No drug that is designed to help people should come with a risk of suicide. That is too high a price to pay. More needs to be done to understand the risk of suicide in patients who take Zyprexa. Hopefully, as more people come forward to share their stories, their concerns will be taken more seriously.