Zyprexa, an atypical antipsychotic drug, has been linked to an increased risk of suicide. Clinical trials for Zyprexa have found that patients taking the drug are more likely to commit suicide than patients on any other antipsychotic medication. Lawsuits are now being filed against the maker of Zyprexa, alleging the company knew about the risk of suicidality but failed to warn physicians or the public about that risk.

Patients taking Zyprexa have reported increased adverse reactions to the drug, including agitation, sleep disturbances and akathisia (a condition that involves inner restlessness, agitation and emotional trauma). Akathisia has been linked to suicide and homicide and is a common adverse side effect of antipsychotic drugs. In fact, both sleep disturbances and akathisia are precursors to suicide. 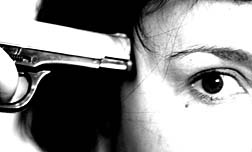 Dr. David Healy, a Professor of Psychiatry at the University of North Wales, noted, "The studies in adults with Zyprexa that Lilly submitted to the FDA demonstrate, as far as I can establish, a higher death rate on Zyprexa than on any other antipsychotic ever recorded."

Court documents filed by the plaintiff in the case note that in clinical trials of Olanzapine (Zyprexa) for the treatment of schizophrenia, the incidence of akathisia was five per cent while on Zyprexa as opposed to one per cent in patients taking the placebo. Furthermore, the documents note, "The actual number and rate of completed suicides for patients in clinical trials on antipsychotic drugs, as submitted to the FDA, is higher on OLANZAPINE than on any of the other drugs in this class." Finally, the plaintiff argues that Lilly has refused to alert the public to non-fatal suicidal acts of patients on Zyprexa, failed to properly study the risk of suicidal acts on patients taking Zyprexa, and failed to warn doctors about the possible risks and how to reduce them for patients taking Zyprexa.

More News
According to the lawsuit, the plaintiff's husband, Philip, suffered from chronic tension headaches, which triggered depression. Despite the depression, Philip was not violent or suicidal; however after he was put on Zyprexa he developed akathisia, which put him at a risk of suicide. Following that, Philip was put on Paxil and it was while he was on Paxil that Philip committed suicide. The plaintiff argues, "Zyprexa was a proximate cause of Philip Ebel's death. It caused it by triggering akathisia and sleep disturbances, known risk factors for suicide. On information and belief, it also caused it via the drug-drug interaction between Zyprexa and Paxil." GlaxoSmithKilne, maker of Paxil, did reach a settlement with the plaintiff in her lawsuit against them.

Zyprexa is an atypical antipsychotic used to treat the symptoms of schizophrenia and acute bipolar mania. It has also come under fire since it was linked to an increased risk of diabetes.

Lilly has already dealt with claims about suicidality in patients taking its drugs after the FDA issued a statement that warned about the causal link between Prozac and other similar antidepressants and increased suicidality in children and adolescents.

Posted by
Waqar
on July 20, 2015
What happen if any one take excessive Amount of pills of 10 mg of Olanzpine