Last week, the company revealed that it faces at least one investor lawsuit. The lawsuit, which was filed in Tennessee, alleges that Morgan Keegan's bond funds were backed by risky subprime debt and lost 50 percent of their value in the past year. Such massive losses are unusual for mutual funds. They occurred because the funds were invested in subprime mortgages which have become hard to collect. 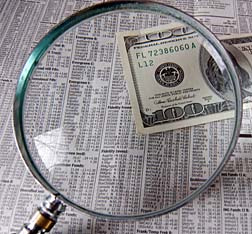 Those losses have had a huge impact on investors. The Memphis Daily News recounts the story of Jim and Genette Chase, who, in the summer of 2005 were convinced to invest their savings in Regions Morgan Keegan mutual funds. In fact, they invested half a million dollars in the mutual funds and later invested another $200,000. The couple lost around $504,000. Jim Chase, who had just retired at the time of the investment, is now looking for a new job and the couple may have to sell their home.

The Chases are not the only people to have lost money in Regions Morgan Keegan mutual funds. There are likely many more people who thought they were investing in something sound, something for people on a fixed income, and wound up unknowingly investing in funds that were highly risky.

More News
Lawsuits against Morgan Keegan allege the company misled investors into thinking that the funds were safe and stable investments and purposely hid the actual risk involved in the funds. These allegations appear to be backed up by Regions' own website, which advertises Regions Morgan Keegan funds that offer "a well defined, 'no-surprises' style of structured, disciplined decision making." Certainly the Chases were highly surprised by the amount of losses they suffered by the drop in value of Regions Morgan Keegan mutual funds.

Plaintiffs allege that, had they known the true extent of the risk associated with the mutual funds, they would not have made those investments. The class action lawsuit was filed on behalf of individuals, families, trusts, or other entities that invest in a number of funds between December 6, 2004 and December 6, 2007.
READ ABOUT THIS LAWSUIT