Morgan Keegan, which faces a class action lawsuit from its investors, now faces a $10 million lawsuit filed by CountryMark Cooperative, alleging the company violated federal and state securities laws. The plaintiff claims that its investments are now worthless because there is no trading market for investments in subprime home loans. Furthermore, the lawsuit alleges that Morgan Keegan ignored CountryMark's request to invest only in safe, short-term corporate commercial paper. CountryMark has since stopped its dealings with Morgan Keegan. 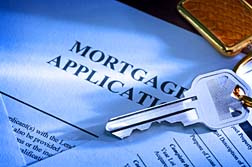 Investors in Morgan Keegan's Funds allege they lost a substantial amount of money due to the misrepresentation of information about the nature of the Funds. So far, the lawsuits have only targeted Morgan Keegan and its affiliates and not targeted the company's brokers and financial advisers.

Morgan Keegan is a regional brokerage firm that operates in the southeast US.

Plaintiffs in a class action lawsuit against Morgan Keegan may be eligible to receive compensation for money they lost when the Funds lost their value. Currently, the lawsuit is open to investors who acquired shares in Morgan Keegan bond mutual funds between December 2004 and October 2007.
READ ABOUT THIS LAWSUIT