The latest frontier in litigation continues to be in the online world—and the latest outpost to be taken appears to be the seemingly innocent twitters and tweets that make up the increasingly embraced social networking phenomenon. To that end, a Chicago-based landlord has launched a Twitter lawsuit against a former tenant for a short message that, in its view, is defamatory. 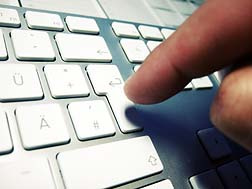 The dispute between Horizon Group Management LLC and former tenant Amanda Bonnen has its roots in an overnight water leak that occurred in the apartment occupied by Bonnen in March of this year.

According to an account carried by the San Francisco Chronicle yesterday, Horizon is of the view that the leak was resolved. Bonnen, however—citing violations of a Chicago landlord-tenant ordinance, filed a class-action lawsuit against Horizon, before subsequently vacating the apartment at the end of June.

The offending tweet was found when Horizon's legal representatives were preparing its defense against Bonnen.

And this is what has the world twittering, if you will. In May, while Bonnen was still a tenant in the Horizon complex, she composed a tweet to a friend just prior to a Chicago Cubs game:

"@JessB123 You should just come anyway. Who said sleeping in a moldy apartment was bad for you? Horizon realty thinks it's okay."

Even though the message was intended for only one of Bonnen's reported 20 followers, she had failed to configure her account as 'private' and thus, all of her tweets are available for the world to see.

Horizon has launched a $50,000 lawsuit against Bonnen alleging defamatory comments that have "greatly injured" Horizon's reputation.

More INTERNET/TECHNOLOGY News
The issue provides more fodder for a growing chorus of warnings with regard to what people post on twitter accounts, blogs and even emails. Once it's out there in the cyber world, "it's out there" and "it's really just common sense," said attorney Jeffery Neuburger, co-chairman of the technology, media and communications practice group at Proskauer Rose in New York, in comments appearing in the Chronicle.

Critics have taken Horizon to task for comments of its own, including a comment to the Chicago Sun-Times by Horizon chief Jeff Michael: "We're a sue-first, ask-questions-later kind of organization." He later apologized for those remarks. However, legal experts told the Chronicle that Horizon could win in court.

If you have suffered losses in this case, please send your complaint to a lawyer who will review your possible [Internet/Technology Lawsuit] at no cost or obligation.
Request Legal Help Now