There's nothing like the telecom industry to get one's blood boiling when it comes to undisclosed rates and fees. Especially when said rates and fees are not disclosed. Late last month a nationwide class action lawsuit was settled by Total Call International Inc. with various plaintiffs in regards to prepaid calling cards. The settlement adds up to $1.9 million, with plaintiffs getting refunds. 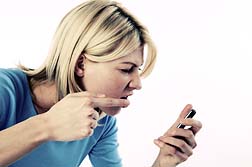 Reuters reported on August 26th that Coppolino v. Total Call International will remain pending before the United States District Court for the District of New Jersey until the settlement agreement is given final approval by the Court. The settlement affects customers who purchased a Total Call International calling card in the United States at any time between January 1, 1999 and July 28, 2009.

In the lawsuit, plaintiffs alleged in part that Total Call International distributed or sold prepaid calling cards to consumers without fully disclosing applicable rates and fees associated with the products.

Provided the settlement is approved by the Court, those consumers can look forward to a rebate of those undisclosed fees. For those who qualify, the settlement will provide refund PINs to people who either submit a PIN number from an eligible Total Call International calling card or submit a notarized, written statement declaring that they were the purchaser of an eligible Total Call International calling card.

Eligible consumers are entitled to a refund PIN with a value of $0.50 for domestic calls at $0.10 per minute and international calls to certain countries at $0.25 per minute.

There Have Been Others

The Total Call International Fund, if approved, is worth up to $1.9 million in refunds to eligible consumers.

According to terms of the settlement, reached and agreed to by the parties involved in an effort to avoid further costs and uncertainties related to litigation, Total Call International admits to no wrongdoing or liability.

Posted by
Duane miree
on August 3, 2016
Direct tv took 625.76 from my account on May 20th, I went to my bank as soon as I noticed the error and filed a complaint with my bank, they told me to let them take it. And in 2 days I can file, I received a letter from my bank stating that it would take up to 60 days for the investigation to be completed, after such time, my money was returned to me, there was no arthorization number, now I'm waiting for them to try to come at me for my money, they took my money illegally and want me to give it back legally, come get it.
Posted by
judith lowery
on June 5, 2016
At&t cancelled my acct for late payment. I tried to get them to help but they closed my acct and charged me 413.00 my payment was under 60.00 then went up to 79.00. I can only owe two payments and two 10.00 late fee. They said they would take money out of my acct if I didn't pay by June 3rd 2016. I had to open a New acct and debit card card on 3rd. It was a hardship and I hope it is against the law. My bank is private and at&t has no right to take money from it. Please help others. Thanks Very concerned.