More MEDIA/TELECOM News
A recent study performed by iamgreen.com suggests that the average mobile phone user will replace his or her handheld within a year of purchase. In the interest of combating this trend, Verizon Wireless has announced plans to double its early termination fee (ETF) to $350, the highest fee ever assessed by a major provider of mobile telephones. 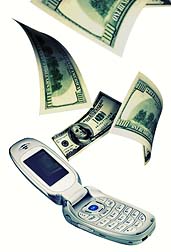 The fee, which went into effect earlier in the month, affects purchasers of advanced mobile devices like smartphones and G3 laptops who buy the devices at subsidized prices.

Wireless providers often subsidize the prices of mobile devices to maintain lower retail costs, leading to the creation of ETFs to better protect the industry from insolvency.

The penalty will progressively decrease over the course of a user's contract by $10 a month, meaning that subscribers canceling their service after eight months will only pay $270 instead of the full $350.

In a statement to USA Today, consumer advocate Joel Kelsey claims the substantial ETF "is insane. There's no justification" for the fee, he says. "It's punitive to customers who decide to leave Verizon early."

If you or a loved one have suffered losses in this case, please click the link below and your complaint will be sent to a media/telecom lawyer who may evaluate your Media/Telecom claim at no cost or obligation.
Request Legal Help Now