As the Digitek recall continues to reverberate through the corridors of health and jurist prudence, ongoing problems with the Little Falls, New Jersey manufacturing facility operated by Actavis Totowa will add fuel to the legal fire, and in all likelihood increase the number of Digitek heart lawsuits filed by those who have suffered from Digitek side effects, which currently stand at about 60. 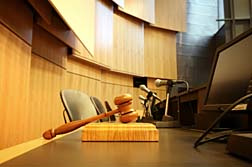 Just before the Labor Day holiday, the US Judicial Panel on Multidistrict Litigation mandated that all federal lawsuits related to defective Digitek tablets be consolidated to the US District Court for the Southern District of West Virginia.

The combined cases will be assigned to Judge Joseph R. Goodwin.

Judge John G. Heyburn II, chairman of the Panel on Multidistrict Litigation wrote of the Digitek cases: "On the basis of the papers filed and the hearing session held, we find that the actions in this litigation involve common questions of fact, and centralization in the Southern District of West Virginia will serve the convenience of the parties and witnesses and promote the just and efficient conduct of the litigation.

"All actions share factual questions relating to the manufacture and sale by defendants of allegedly adulterated Digitek, which was recalled in April 2008."

It has been reported that 17 of the pending federal suits filed thus far originate in the Southern, and Northern Districts of West Virginia. Other pending cases hail from Kansas City, Fort Meyers, New Orleans, Cleveland, Chicago and Philadelphia. In the case of West Virginia, any lawsuits filed at the State level could also see consolidation under one State court judge.

It was back in April that Actavis Totowa triggered a Class I recall of Digitek digoxin tablets, a common drug used to treat atrial fibrillation, atrial flutter and heart failure. While the medication proves most effective for a vast array of patients, the profile of digoxin is akin to a loaded revolver if too much digoxin is ingested, given the toxicity window. Digitalis toxicity, a life-threatening condition, can be reached within the space of one week from the point at which digoxin levels might have begun to escalate.

Such was the risk, and the actual case scenario for many patients after numerous lots of Digitek digoxin tablets were found to contain twice the safe, recommended level of digoxin generally accepted for a single dose. The latter appeared to stem from over-sized Digitek tablets, which gave the appearance of two, single-dose tablets somehow mashed together during the manufacturing process.

It has since been learned that Actavis Totowa was previously cited by the US Food and Drug Administration (FDA) for breaches of good manufacturing practices at its Little Falls, New Jersey manufacturing facility. Following an inspection, and the issuance of a warning letter requesting the manufacturer address specific concerns, Actavis Totowa is said to have advised the FDA of its immediate intention to comply.

The subsequent recall of Digitek tablets manufactured at the Little Falls facility, suggests that a response to the FDA's concerns was not properly carried out.

Earlier in the summer, Actavis Totowa recalled all of the pharmaceutical products manufactured at its Little Falls, New Jersey facility.

"A recent inspection revealed operations which did not meet the FDA's or Actavis' standards," the company said. "This action is not prompted by product complaints or health hazards associated with the products, which are all prescription medications."
Approximately 55 different products were recalled, ranging from antiviral drug amantadine HCl to painkiller oxycodone. Tuberculosis antibiotic rifampin also was affected as well as Type 2 diabetes drug glyburide and antidepressant mirtazapine.

More DIGITEK News
While Actavis noted that products manufactured at its other US – based facilities in Sunrise Florida, Baltimore and Elizabeth, New Jersey were not affected by this latest recall, the fact that all products manufactured at Little Falls mere months after the Digitek recall only serves to heighten the suspicion surrounding oversized Digitek tablets, and will provide additional legal ammunition for lawyers representing clients who have been harmed, or the families of those who have died, at the hands of Digitek.