A woman who received a Digitek warning letter from her pharmacy after her husband died has filed a lawsuit against Digitek maker Actavis Totowa. Oversized tablets containing double the dose of the heart drug were inadvertently sold to unsuspecting heart patients, allegedly resulting in injury and death.

Based on the number of lawsuits that have already come forward, together with those which are expected, lawyers are seeking to have their actions consolidated before a single judge in West Virginia. 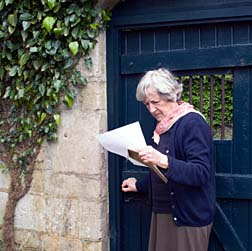 Legal minds close to the issue expect the number of cases to number into the hundreds and in all likelihood "in the thousands…" Not surprising, given the popularity and widespread use of Digitek, also known as Digoxin, for the treatment of various heart issues and abnormal heart rhythm.

Delores Keith filed her lawsuit in US District Court in Chattanooga, Tennessee after her husband Charles H. Keith died last year. Mrs. Keith was in receipt of one of the warning letters that some drug distributors sent to their clients, warning of the double-dose tablets. Prior to obtaining the letter Mrs. Keith, whose husband was taking Digitek tablets manufactured by Actavis Totowa, was not aware of any problems with the medication.

The manufacturer issued a voluntary recall of Digitek tablets this past April after being urged to do so by the US Food and Drug Administration (FDA). Concern hovered around various lots of tablets distributed by Mylan Pharmaceuticals Inc. as Bertek, and by UDL Laboratories under a UDL label. Tablets were randomly found to be twice as thick as they otherwise should, suggesting a manufacturing problem where two regular-strength tablets were merged into one, thereby containing twice the dose for a single tablet over that reflected by the product label.

It is not known if a single bottle of the tablets might have contained double-sized, double-dose tablets exclusively, or in combination with regular-sized tablets. However, an obvious manufacturing problem was prevalent, which is troubling given the fact that Actavis Totowa had been cited for past manufacturing concerns.

Specifically, a site inspection conducted by the FDA at the Actavis manufacturing facility in Little Falls, New Jersey between July 10th and August 10th of 2006 resulted in a seven-page 'warning letter' dated February 1st of last year and forwarded to the manufacturer by the US Department of Health and Human Services. The letter is said to highlight various violations, and deviations from best manufacturing practices inherent with the normal protocols associated with the manufacture of medicines.

It has been reported that Actavis Totowa responded with promises to remedy the violations, and to follow through on a recommendation to bring in a neutral third party to analyze the company's manufacturing processes. However, it is not known if this was actually done. The continued availability of oversized tablets as recently as April 25th of this year, when Actavis Totowa issued its voluntary recall, might suggest this was not done.

Levels of digoxin are very carefully monitored, because digitalis toxicity can be achieved very quickly—within about a week, if intake of digoxin over and above recommended levels is achieved consistently. That would be the case were a patient to ingest an uninterrupted series of double-sized, double-dose tablets.

Doctors, in fact, will often tell their patients to cut Digitek tablets in half if higher levels of digoxin are suspected, or detected. As an aside, it is often not safe to go off a medication altogether. However, with the affected lots of Digitek tablets, halving the oversized tablets would only return the tablets to the recommended dose, and would therefore not achieve a lower level of digoxin more in tune with recommended, safe levels.

More News
Ironically, while Actavis Totowa contacted its distribution network with regard to the affected product, the FDA is said not to have issued a so-called 'Dear Doctor' letter, warning physicians of the problem. Doctors would only be aware if contacted by pharmacists, or had been brought up to speed by news reports. Critics have blasted both the manufacturer and the FDA for not getting the word out in a timely and thorough manner to all concerned.

Judging from the number of lawsuits already filed or expected, there have been many unnecessary injuries and deaths resulting from an alleged manufacturing problem that was allowed to carry on, despite warnings, for far too long.

Posted by
Lisa Boyd
on April 15, 2016
My 91 year old grandmother was given digoxin. She immediately had nausea , vomiting, dizziness eratic heart rate. She was given 500 micrograms of digoxin . She died 4 hours later. She suffered . Im wondering if she was allergic or given to high of a dose... she had congestive heart failure. Digoxin was given to lower her heart rate.
Posted by
Karen Timmons
on November 15, 2014
Digoxin prescribed to 75 YO heart patient after stent placement, 3 months later cardiac arrest caused by Digoxin toxicity per hospital report. I'm Karen Timmons, Onita Walker is my mother. I am looking for assistance with a law suit. We know now that Digoxin should not have been prescribed for 3 reasons 1) age 2) renal patient and 3) allergy to foxglove (derivative). The last but certainly not the least is that her Digoxin level was never checked until ER measured and found that her level was "over 5", no blood testing or otherwise prior to this. I have spent months gathering records which I've scanned into my computer. Can you lend any advice or direction on how / who can review our information and advise?