GlaxoSmithKline (GSK) in December argued last December that all the federal Zofran lawsuits be dismissed, but the federal judge sided with more than 200 families who claimed that GSK failed to warn that the anti-nausea drug causes birth defects. 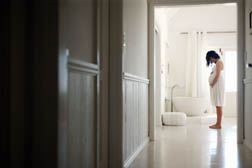 GSK argued that the cases be dismissed because plaintiffs’ allegations of failure to warn are based on numerous state laws, not federal, and the FDA would have denied a request for label change, according to drugwatch.com. But Judge Saylor ruled that plaintiffs can go forward with discovery. Plaintiffs’ attorneys, however, may have their work cut out for them.

Because Zofran was used for morning sickness off label only (GSK never requested that it be approved by the FDA), there isn’t much public evidence available linking the drug to birth defects while taken during pregnancy. But GSK may be withholding information.

Plaintiffs have referred to a Zofran lawsuit filed last December by Zinat Torres, a California mother, which said that “GSK conducted additional animal studies after the launch of Zofran in the U.S. that demonstrated increased risks of harm to fetuses in animals exposed to ondansetron [Zofran’s active ingredient] prenatally.”

Plaintiffs in their lawsuit (the case is In Re: Zofran [Ondansetron] Products Liability Litigation, case number 1:15-md-02657, in the U.S. District Court for the District of Massachusetts) claim that GSK conducted a number of “animal teratogenicity studies” in Japan where pregnant animals gave birth to offspring with heart defects, namely ventricular septal defects. GSK never made these studies public. Instead, Zofran’s warning label states the following:

More ZOFRAN BIRTH DEFECT News
“reproduction studies have been performed in pregnant rats and rabbits at I.V. doses up to 4 mg/kg per day and have revealed no evidence of impaired fertility or harm to the fetus due to ondansetron.”

Torres’s lawsuit (MDL No. 1:15-md-2657-FDS) also states that GSK didn’t conduct any clinical trials establishing the safety and efficacy of Zofran for treating pregnant women before it marketed Zofran off label for morning sickness. Granted, studies are typically NOT conducted on pregnant women, but GSK conducted animal studies in the 1980s that resulted in intrauterine deaths and malformations in offspring, and also showed that Zofran’s active ingredient transferred through the placental barrier of pregnant mammals to fetuses. It isn’t such a leap to figure the same results can occur in pregnant humans.