Zetia and Vytorin Continue to be Controversial

There is little doubt that the cholesterol-fighting drug Zetia (ezetimibe) has travelled a rocky road since it was first approved by the US Food and Drug Administration (FDA) in 2002. And while several years have passed since the controversial delay in releasing study results into potential Zetia side effects, issues involving Zetia and its cousin Vytorin (Zetia in combination with a statin) continue to lazily percolate like water at a gentle boil. 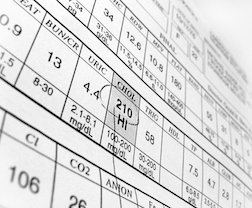 The heat may soon be turned up, however if pundits are correct in their assertions that whistleblower lawsuits alleging cancer risk may blow the lid off the Zetia/Vytorin file. (Ezetimibe) has previously been linked to Zetia liver damage, Zetia heart attack and Zetia stroke. Health Canada, the Canadian equivalent to the FDA, has previously issued health alerts with regard to Zetia, although the FDA has declined to do so beyond advocating further study. Indeed, Zetia is about to appear as part of the formulation of a new drug currently going through the FDA approval process.

Meanwhile, details pertaining to the aforementioned whistleblower litigation are under seal.

Zetia is not a statin, but rather an anti-hyperlipidemic drug that has been shown to effectively lower cholesterol when use of statins proves ineffective in some patients. Ezetimibe, in fact has been characterized as working differently than most statins in that Zetia effectively blocks the absorption of cholesterol in the small intestine.

That said, Zetia is often used in combination with a statin in patients with high levels of so-called ‘bad’ LDL cholesterol. Doctors have always held the medical and regulatory authority to combine drugs beyond indications approved by the FDA, provided the professional opinion of a doctor having analyzed the formulaic summaries of the drugs involved and the potential for adverse interactivity, concludes the patient will benefit and won’t be in any danger. As it was, Zetia manufacturer Merck & Co. itself combined Zetia with a statin and marketed the combination as Vytorin.

Merck claimed that Vytorin was more effective and carried greater health benefits than taking a statin alone. To that end, the ENHANCE study was undertaken to compare the efficacy and effectiveness of Vytorin when compared with simvastatin (Zocor).

That study was completed in 2006. However the results were not released until two years later, in 2008 – a delay that incensed the primary investigator of the ENHANCE clinical trial and drew the wrath of US Senator Chuck Grassley, the ranking member of the Senate Finance Committee. Vytorin is marketed by Merck & Co. and Schering-Plough Corporation.

When the ENHANCE trial results were finally issued two years later, they were not favorable when compared with the manufacturer’s claims as to the effectiveness and efficacy of Vytorin. Grassley referenced the comments of a prominent cardiologist who characterized Vytorin as an “expensive placebo.”

Merck and Schering-Plough wasted little time in releasing the more favorable IMPROVE-IT study results, in part to help repair the damage that the damning ENHANCE trial had done, coupled with the two-year delay in releasing the results of ENHANCE (a delay defended by the manufacturers).

The damage was compelling. When results of the trial were made public in 2008, various investors suing for damages assert Schering-Plough’s common-stock price fell 52 percent and preferred-stock price fell 40 percent, respectively shedding $23.63 billion and $1.04 billion in market capitalization. Various lawsuits were filed by investment funds having lost a bundle when the results of ENHANCE were released.

It should be noted that earlier this month it was determined that claims against Merck & Co. that the manufacturer misrepresented results of ENHANCE were filed too late to bring a case under the auspices of the Securities and Exchange Act, and thus are time-barred.

Meanwhile, Merck and Schering-Plough have continued to lobby the FDA – based on the more favorable IMPROVE-IT results – to sign off on Merck’s claim that both Zetia and Vytorin reduces the risk of heart attacks and strokes in patients with coronary heart disease.

However, Reuters reported in December, 2015 that an FDA advisory committee recommended that Merck should not be allowed to claim that Vytorin (ezetimibe/simvastatin) reduces the risk of heart attacks and strokes in patients with coronary heart disease. The FDA is not encumbered to follow the recommendations of its advisory committees, but usually does – and in this case, the regulator supported the advisory committee’s recommendation. In February of last year, the FDA noted that, “no incremental benefit of Vytorin on cardiovascular morbidity and mortality over and above that demonstrated for simvastatin [Zocor] has been established.”

Meanwhile, Zetia remains at play within other scenarios. The Pink Sheet (06/27/17) reports that pharmaceutical manufacturer Esperion Therapeutics Inc. has signaled that the FDA will allow Esperion to submit a new drug that features Zetia via the FDA 505(b)2 protocol. Esperion’s bempedoic acid (a cholesterol drug) will be combined with Zetia (ezetimibe) into a new combination drug.

The Pink Sheet reports that “Bempedoic acid on its own does not have the LDL-lowering capacity of other classes like PCSK9 inhibitors, but it is oral, which has advantages in terms of convenience and cost, and may be combined with Zetia.

More ZETIA News
“Esperion plans to submit bempedoic acid as a single drug to add to standard care and as part of a fixed-dose combination [bempedoic acid 180 mg and Zetia 10 mg] globally in the first half of 2019,” the report said, in part.

In a statement to The Pink Sheet, Esperion noted that “the 505(b)(2) regulatory approval pathway enables Esperion to utilize data and information from studies not conducted by or for Esperion, including the approved NDA for ezetimibe, and the bempedoic acid NDA which will be filed in tandem.”

In other words, it’s a shortcut sanctioned by the FDA.

Thus all eyes will be on the bempedoic acid/Zetia combo when it becomes available, together with the potential emergence of adverse events previously unforeseen that may speak to existing or proposed Zetia lawsuits.

If you or a loved one have suffered losses in this case, please click the link below and your complaint will be sent to a drugs & medical lawyer who may evaluate your Zetia claim at no cost or obligation.
Request Legal Help Now

Posted by
mike van brunt
on March 20, 2020
I was prescribed zetia to lower cholesterol,last april, even knowing that i am allergic to statin drugs. i have had life threatening events after taking this drug,i have lost all of my strength am in constant pain and can walk very very little and have lost my normal life style being forced into being an invalid. i am seeking help.
Posted by
Carrie Jerningan
on September 3, 2017
I was on zetia and could keep no food in my system. My food would pass. After a while because I was working, I asked my doctor to take me off of it because it was impossible for me to work takin zetia