The folks at Merck & Co. and their Vytorin partner Schering-Plough Corp. can be forgiven if they are enjoying the re-birth of Vytorin and the accompanying optimism after enduring the scorn that accompanied the delayed release of the ENHANCE study in 2008. The most recent “IMPROVE-IT” study was designed to foster a better outcome, and the study delivered. The future of Vytorin is much rosier. However, questions surrounding Vytorin side effects remain. And many a Vytorin lawsuit stemming from the two-year delay in releasing the ENHANCE results continues to hang over Merck’s head. 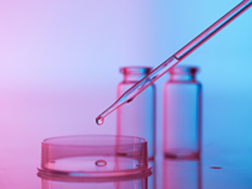 However, Merck is moving to get beyond that too.

To recap, Vytorin is the combination of two medications into one: the statin Zocor, or simvastatin, and Zetia, a drug that works to prevent absorption of cholesterol. The ENHANCE study was designed to show that Vytorin, approved by the US Food and Drug Administration (FDA) in 2004, was more effective in lowering the so-called “bad” LDL cholesterol than a statin alone.

However, when the study concluded in April 2006, the results were less than stellar, with the data showing Vytorin was no more effective in preventing heart attacks than a statin alone. Yes, Vytorin lowered cholesterol nicely. But it was also determined that overall, Vytorin was no more effective than statins in reducing the risk of Vytorin heart attack.

Now, Merck and Schering-Plough are back with the IMPROVE-IT study, and it appears the study has lived up to its name (specifically, the investigational IMProved Reduction of Outcomes: VYTORIN Efficacy International Trial). The new analysis shows that Vytorin, which combines simvastatin with the non-statin Zetia (ezetimibe), reduced total (defined as initial and recurrent) cardiovascular (CV) events by nine percent compared with simvastatin alone.

That’s a vindication for Merck and Schering-Plough, and unlike the delayed release of the ENHANCE trial results, the pharmaceutical giants have wasted no time in presenting their findings to the American Heart Association last year, and more recently to the 2015 American College of Cardiology Scientific Sessions, held March 14 through March 16, in San Diego.

Given the gaining age of the American population, any news of a drug proving effective in lowering the risk for heart attack deserves plaudits. For Merck and Schering-Plough, the improved outcome courtesy of the IMPROVE-IT trial is vindication. However, even in the face of improvements in the Vytorin heart attack arena, there remains - as is the case with all drugs - concerns over Vytorin side effects, including the potential for Vytorin liver damage.

And Vytorin lawsuits stemming from the delayed release of the ENHANCE study are still proving to be a headache.

More VYTORIN News
The funds, it has been reported, opted out of the settlements in March 2013 and declined to opt back in by the deadline. Instead, the funds filed complaints against Schering-Plough on November 14, 2013 and against Merck on January 14, 2014 alleging that the companies dropped the ball in properly informing the marketplace as to the less-than-stellar results of the ENHANCE trial, which purportedly failed to show that Vytorin could prevent heart disease or cardiovascular deaths.

In November of last year, Merck filed a motion to dismiss the Vytorin lawsuits, arguing that any allegedly fraudulent statements made by the companies ended by January 3, 2008 at the latest, and that any alleged insider trading ended by May 1, 2007. Its position, therefore, is that the plaintiffs’ complaints were filed well after the five-year statute of repose expired.

As Merck and Schering-Plough continue to trumpet the improved results of the IMPROVE-IT study, they continue to try and push back against Vytorin lawsuits that stemmed from a time when they were alleged to have been a bit less forthcoming with results that were less than positive. They appear to be making up for lost time, now.