Vytorin Has a Complex History 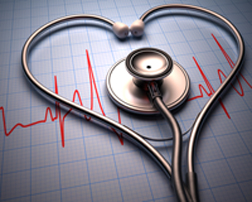 The letter (full text found here) concerns delays in the reporting of an earlier drug trial called ENHANCE, which was undertaken to examine whether Vytorin had better health benefits than simvastatin. As mentioned in Senator Grassley’s letter, ENHANCE was completed in April but it took almost two years for the results to be released.

Senator Grassley noted in his letter that an investigation into the release of ENHANCE results turned up e-mails between Schering-Plough employees and Dr. John Kastelein, who was the primary investigator on the ENHANCE trial. Dr. Kastelein was apparently angry about the delay.

“Is it correct that SP has decided not to present at AHA [American Heart Association], but to await the two other, completely unvalidated, endpoints, which analysis is going to take us straight into 2008??!!??” Dr. Kastelein wrote (the question marks and exclamation marks are his). He later wrote,
“This starts smelling like extending the publication for no other [than] political reasons and I cannot live with that.”

In an e-mail written the next day, Dr. Kastelein wrote that the drugmaker’s delay would be seen as an attempt to hide something and he would be seen as being part of the cover-up because he had repeatedly told participants in important meetings that ENHANCE data would be presented at AHA. He further conveyed his concern that the makers of Vytorin were putting marketing ahead of science.

More VYTORIN News
In November 2014, the IMPROVE-IT study was released at the American Heart Association's annual conference. At the time results were released, they had not been published in a peer-reviewed journal, so the study design and results had not been subject to outside scrutiny.

The study showed that Vytorin did have a modest improvement in results over Zocor alone. That improvement was in the risk of myocardial infarction, stroke and ischemic stroke, although the improvement only worked out to about six percent. Critics note there is no difference between the treatment group and the control group in overall death.

Even though the IMPROVE-IT trial shows positive results for Vytorin, it’s not clear whether the drug can overcome all the negative publicity it received thanks to the ENHANCE trial.