I took Zelnorm for irritable colon syndrome untl it was taken off the market," says 49-year-old Anne Amyotte. "Last June I had knee surgery and was recovering at home, then on June 16th (I know that date too well) I went to the washroom and collapsed on the floor." Within a few hours, Anne was in the ER cardiac unit.

I was diagnosed with irritable colon syndrome in 2002. My family doctor told me about Zelnorm, new on the market around 2004. She prescribed it for three months and I wasn't supposed to take it for any longer. The drug maker Novartis said that on the label but I don't recall the reason why. 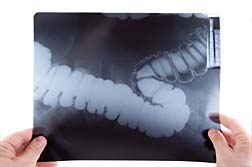 "It did wonders for my colon and I was able to function normally. But as soon as I stopped, all the pain and symptoms returned.

I went back to my doctor and had another 3 month prescription. She told me to come back and see her after three months, which I did. By that time she had called a gastroenterologist for advice and he saw no problem with me taking it for longer. So I took Zelnorm for close to one year without a break. Then I went back to see my family doctor for a checkup. She said I had to stop taking Zelnorm, which I did. But she gave me a prescription to hang onto if I had a really bad colon attack.

I took Zelnorm on and off from 2004 until it was taken off the market [on March 30, 2007] After my collapse, I was completely paralyzed on my left side. Thank god my husband was at home and called the ambulance—it came within a few minutes. It took no more than about 12 minutes (we are in a very small town) before I arrived at the local ER and the doctor on call admitted me right away. Within a few hours I was transferred to a major hospital with a cardiac unit.

They told me that I had a stroke. I spent a total of five days at the hospital and had a battery of tests. They didn't find a blood clot or anything that would explain why I had a stroke. There was no cause so they did even more testing.

To this day they still can't tell me what caused a stroke. It is a mystery. I just saw the neurologist and he said I don't have any physical disabilities but my concentration is impaired. I have suffered loss of memory as well. For instance, I will go to rent a movie and I will have to ask my husband if I have seen it before. And if I have seen it, I might not even remember the plot. And I feel like a baby that has to go for an afternoon nap—I was never like that before, never slept during the day. I get bored sitting at home so I will go into work (it is a family business) but I can't work more than four hours at a time.

I had no clue that Zelnorm could have caused my stroke until the pharmacist told me that it had been recalled. At that time I was back on the three-month prescription. I freaked out! He said to me, ' Are you still taking Zelnorm?' He told me that I would not be able to renew my prescription because the company took it off the market. I asked him why and he replied, 'Studies have shown that Zelnorm could cause heart attack, stroke and even death." I didn't know what to say. I was dumbfounded!

I went back to my family doctor at the beginning of May. I explained the symptoms, how tired I was, and she said I have probably recovered as much as I am going to. This is it, as good as it's gonna get.

When I found out that Zelnorm could have caused the stroke I was relieved to know that finally, something could be explained. Why else could I have a stroke at 48 years old? I was always physically active and I don't smoke. There was no other explanation.

I thought maybe something went wrong during my knee surgery but ever medical person I asked said it was impossible. My doctor looked at me and said 'I think Zelnorm caused your stroke because your blood pressure, cholesterol levels, everything was normal." Now I will never be normal."

If you or a loved one has suffered a heart attack or stroke after taking Zelnorm, please contact a [Zelnorm, Canada Lawyer] who will review your case at no cost or obligation.
Request Legal Help Now