In concert with the Food and Drug Administration in the United States (FDA), Health Canada took steps with Novartis Pharmaceuticals to ensure that sales and marketing of Zelnorm have been halted, and pharmacists are going so far as to contact patients in a bid to have the medication returned.

In a memorandum to health care professionals dated March 30th 2007, Health Canada sounded the alarm about Zelnorm - a drug used to help patients with Irritable Bowel Syndrome (IBS) manage their condition - after it was revealed the drug has been linked to heart attack, stroke and chest pain. While the incidence rate for heart problems is only 'slightly higher' in Zelnorm patients, Health Canada decided to err on the side of caution. 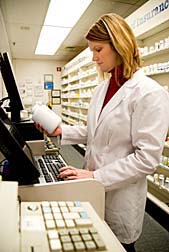 Retrospective clinical studies of pooled data involving 18,600 patients determined that there was a 'statistically significant increase' (0.11 per cent) of risk for heart attack, stroke and / or chest pain in patients taking Zelnorm, vs. those who were not.

Those are not huge numbers. Even so, the Zelnorm recall is no comfort to a Thunder Bay woman, who lost her mother to a sudden heart attack after taking Zelnorm. Except for her IBS condition, Lisa B.'s mother was in perfect health with no known heart problems, and no history of heart disease in her family. And yet she dropped dead of a heart attack at the age of 60, while baking cookies.

Upon learning of the Zelnorm recall, her daughter called a lawyer.

Properly known as tegaserod hydrogen maleate, Zelnorm is a serotonin 5-HT4 receptor partial agonist that is used to manage and treat the symptoms of IBS with constipation (IBS-C) primarily in women, and for the treatment of chronic idiopathic constipation (ICI) in patients under 65.

IBS is a painful condition affecting as much as 20 per cent of the population, and mostly women. Intense abdominal pain coupled with either severe diarrhea, or constipation (or both) has resulted in as many as six million Canadians running to their doctors, and their pharmacists for help. Zelnorm, according to information posted on the Novartis web site, was the only medication available in its' class for the treatment, and relief from IBS.

The Canadian Society of Intestinal Research (CSIR) supports the Health Canada decision to suspend sales of Zelnorm, and while admitting the recall is viewed as a huge disappointment to IBS patients, safety is of paramount importance.

And of course, with the Health Canada decision coming at the same time as a similar position on the part of the FDA in the United States, Irritable Bowel patients have no other option, legal of not, to obtain the drug by any other means.

No temptation there, thank you, for Jacque M. of Vancouver, who began taking Zelnorm after a successful heart surgery. She had been diagnosed with IBS about a year after going under the knife, and Zelnorm proved helpful for her irritable bowel. But adverse reactions, including fluid retention and the emergence of congestive heart failure, prompted the 45-year-old B.C. woman to reconsider her use of Zelnorm - which she also found to be expensive, and beyond her means to take for very long.


Shortly after she stopped taking the drug, her symptoms went away.

Lisa B of Thunder Bay is suing over the loss of her mother. For its' part, Novartis Pharmaceuticals Canada maintains a button on its' web site indicating important Zelnorm information for patients, and health care professionals.

However, the cautionary links have to compete with a lot of smiling faces and good-news stories on the Novartis front, not the least of which is the announcement of a Cdn. $80 million dollar investment into an existing Boucherville, Quebec plant by Sandoz Canada, a division of Novartis - a response to the growing demand for their generic, sterile injectable pharmaceuticals.

Thus, life goes on at Novartis. If, in fact, life does not for some.

If you or a loved one has suffered a heart attack or stroke after taking Zelnorm, please contact a [Zelnorm, Canada Lawyer] who will review your case at no cost or obligation.
Request Legal Help Now